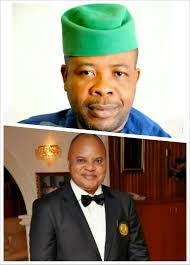 A year to the next elections in Imo State, politicians across various political parties in Imo State are already holding consultations and meetings geared towards a successful political outing in 2019.

In the All Progressive Congress, APC, meetings and consultations by party stakeholders especially those who want vie for various elective positions have already begun.

The polarization of the party along the camps of Governor Rochas Okorocha and Senator Ifeanyi Araraume is contributing significantly to several meetings and consultations in the party.

In Senator Araraume”s camp, he has rejigged his Destiny Organization by appointing “arrow heads” in the three zones that make up the State.

Last week, the Owerri zonal chapter of the organization held its inaugural meeting where APC chieftains such as Chief Gibson Oyiga, Chief Amugo Ugoji, former House of Reps member, Rt Hon.Ernest Ibejiako and others collectively drummed support for Senator Araraume. More meetings aimed at fine tuning the strategies of the organization ahead of the elections are expected to be held in the days to come.

In Okorocha’s camp, series of meetings and Consultations have been ongoing in Government House and beyond which culminated in the nomination of 27 commissioners for the last lap of the Rescue mission government.

In the All Progressive Grand Alliance, APGA, a lot of political activities have been ongoing with the recent mega rally held in Owerri. Among top politicians who crossed over to APGA include Chief Charles Onyeagbako, Chief Jerry Chukwueke, Senator Bright Nwanne and Dr.Alex Obi.

The camp of Okey Ezeh, another governorship contender in APGA has been full of political activities as the businessman has been holding several consultations with stakeholders.

In the PDP, the factionalizatio  of the party has contributed to several consultations by warring factions all in a bid to undo the other.

UDespite the feud, the camp of former Deputy Speaker, Rt Hon.Emeka Ihedioha has been bubbling with many political activities just as the Omuma residence of Senator Hope Uzodinma is a political haven for his followers.

Aside the inauguration of Fan Clubs in some local governments, consultations have been ongoing at the ward levels under the brand name of Team Ihedioha.

innonews - April 19, 2022 0
Chris Ngige, the Minister of Labour and Employment, has formally declared his intentions to run for the 2023 presidential election.

innonews - November 7, 2018 0
The Federal University of Technology, FUTO has been shut down by the Academic Staff Union of Universities, ASUU. ASUU said it took the action in...

Senator Hope Uzodinma Opens Up, Says He Will Not Quit...

innonews - July 23, 2017 0
One of the strong backers of the pro Ali Modu Sheriff  group in Imo State,  Senator Hope Uzodinma says he will not quit the...

innonews - April 22, 2019 0
Elder Statesman, Chief Innocent Diala Nwoga has advised those challenging the victory of Hon Emeka Ihedioha in the governorship election in...