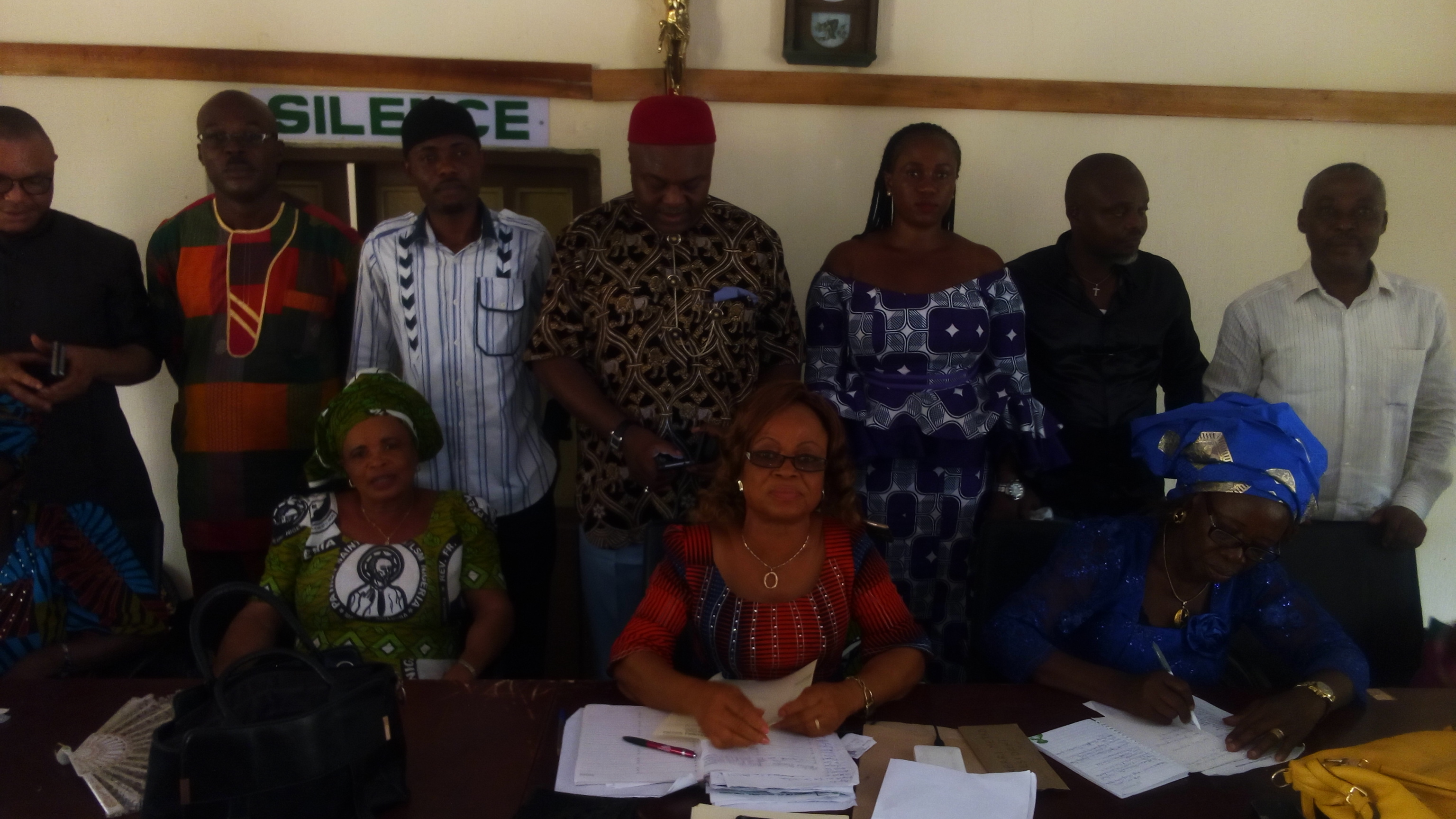 He said there is need for change in governance of the State in 2019, stating tha it is importantfor the entire people of the State to come together and choose who should be their governor.

Njoku, a former Mayor of Owerri zone gave a run down of his encounter with Okorocha that led to his eventual emergence as Governor of Imo State in 2011.

“My encounter with Rochas started a long time. I encouraged Rochas to run for President of Nigeria. This was the time he had his school foundation in Owerri” he said.

Njoku who spoke when he led a delegation of some executive members of Imozurukwo on a courtesy visit to Wives of Cattholic knights in Owerri said he encouraged Rochas to run for governorship in 2011 on the platform of All Progressive Grand Alliance, APGA.

“I encouraged him to aspire for the governorship of the State on the platform of APGA after he lost his presidential bid. After he had gone to meet the 27 APGA LGA chairmen without consulting Chief Martin Agbaso. This infuriated Agbaso at that time and I told him (Okorocha) you do not have to go through the back door. You must go through the front door. This was how Rochas came fully into APGA and won the governorship election later” Njoku said

He expressed regret at the depth of bad governance in the State, saying he had expected Okorocha to stick to his promise of one term of four years which he promised.

Njoku said “Rochas promised to stay four years as governor, he reneged on this promise,went again and won a second term and now seek to install another of his protege”

He reminded wives of Catholic knights of the role they have to play in effecting change in the State in 2019, arguing that this is the purpose of Imo Zurukwuo which is to sensitize the people on the need for good governance.

The President of the Wives of Catholic Knights,Lady Chinedu Brown regretted that women are always  relegated away from issues of power by being just used for political struggles alone, stating there is need for such scenario to change.

She expressed the need for awareness of the situation in the State and cautioned politicians to thoroughly scrutinize those they support before they ship them into public office.

Earlier in his remarks, Chairman, Nigerian Medical Association, Imo State, Dr.Akukwu Darlington said there is need for Imo State to have a truly democratic government. He said  the group is all about sensitizing the people in chosing responsible leaders.

“There is need for the inclusion of and all sundry to join hands to elect responsible and good leaders. Electing new leaders is the collective responsibility of all. It is not the duty of political leaders or political parties alone” he said.

innonews - April 2, 2019 0
The Imo State Poice Command has a new Commissioner of Polive. According to a post by the Command's Public...

innonews - January 10, 2021 0
Editors of Imo state based newspapers and online outfits, have advised Senator Ezenwa Onyewuchi, who represents Owerri zone at the senate, to...

Araraume: Those Who Have Lost Control Of APC After Me

innonews - March 23, 2018 0
Frontline politician and chieftain of the All Progressive Congress, APC, Senator Ifeanyi Araraume has said those who have lost control of the APC in...