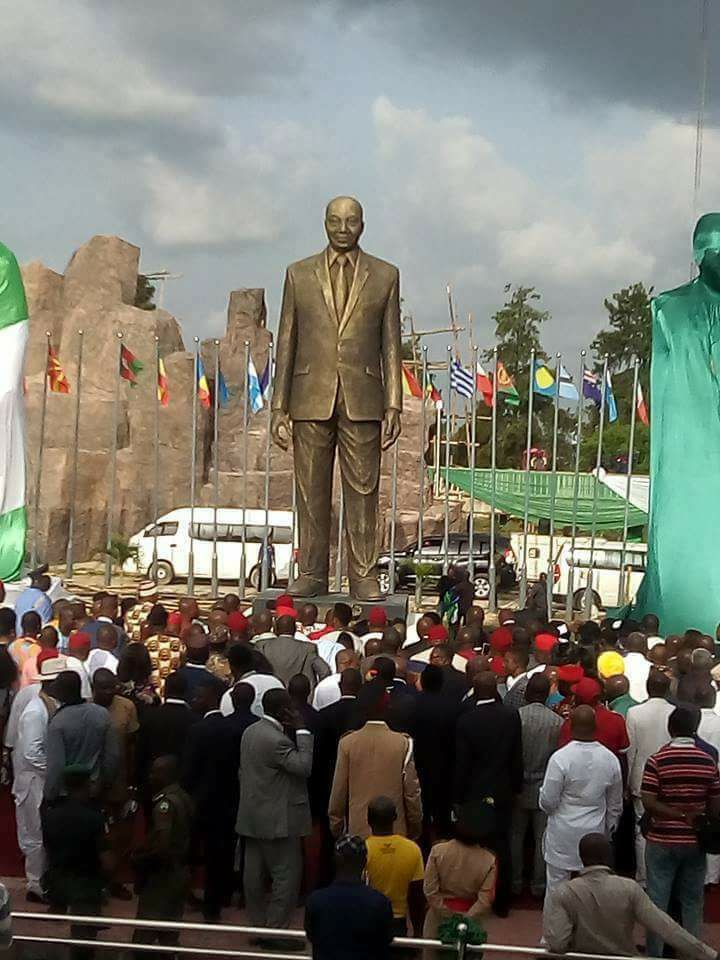 About seven more statues of prominent Nigerians and Africans are yet to be unveiled in Owerri, Imo State.

Two Africans leaders- Jacob Zuma of South Africa and Ellen Johnson Sirleaf of Liberia had their statues unveiled when they visited Imo State.

Despite public outrage and allegations of over N 1billion naria alleged to have been expended to build the statues, seven more of such statues are yet to be unveiled.

Our reporter who took a look at some of the statues observed that ailing former Vice President, Dr.Alex Ekwueme and Ghana President, Nana Akufo Addo have their effigy erected.

Outrage had trailed the unveiling of the statues of Zuma and Sirleaf in a State pensioners pay are not forthcoming and workers salaries had been slashed.

Imo State Governor, Rochas Okorocha had said the visits of some African Leaders is for his Rochas Foundation which is offering free education to thousands of indigent African children.