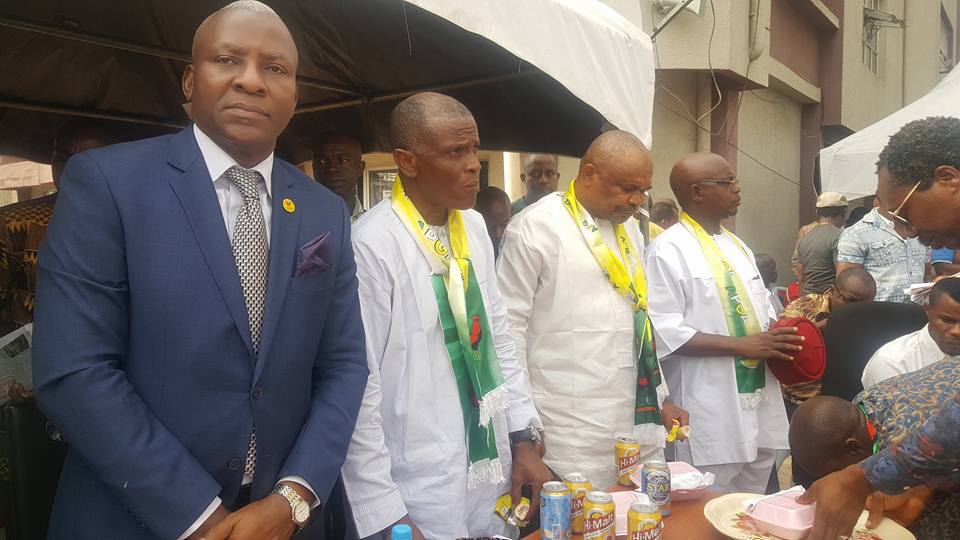 Transport guru and Managing Director of ABC Transport, Frank Nneji has joined the Imo State governorship contest in 2019. He will vie for the contest on the platform of the All Progressive Grand Alliance, APGA.

Speaking to APGA faithful in Owerri on Tuesday, Nneji said he choose APGA  as a vehicle to realize his ambition, declaring that APGA is a national political party. He said he has done enough in the area of philanthropy.

He said he has contributed to the society through philanthropy,  pointing that one of his companies, ABC transport is the only Imo based company listed listed on the Nigerian Stock Exchange (NSE).

He said aside the State government, he is the largest employer of Labour in Imo State, stating that since he graduated from the University of Nigeria, Nsukka, he has remained in Imo State.

The state chairman of APGA, Barr Peter Ezeobi commended Nneji for for his interest and therefore assured him of their support.

innonews - July 4, 2021 0
Owerri Municipal went agog, on Saturday, when Obi Ala Owerre, was unveiled by the Spiritual leader of Owerre Nchi Ise (Onye...

innonews - April 26, 2018 0
*BY KEVIN IHEANYI* Reports reaching this online newspaper indicate that street traders who were displaced at Douglas Road, Owerri have been relocated to two primary...