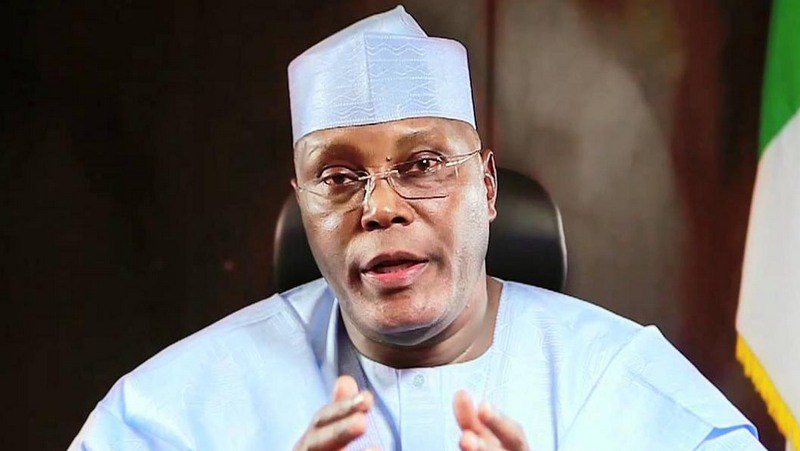 Below is transcript of the announcement.

“Hello, my name is Atiku Abubakar.

I am speaking to you today on Facebook Live as I want to reach as many of our young people as possible as I have an important announcement to make about the future of Nigeria.

As it is you, our youths, who represent the future of our nation.

I have found in my travels across the country that whenever I get into conversationswith young people their number one concern is whether they will be able to get a job for without a job they have no means of sustaining themselves or begin a family.

And without the security of a job we cannot have security in our country.

So without jobs there is no future for you or for Nigeria.

And I also know as a parent that the older generation is also concerned about jobs for their children and, too often today, for themselves as well.

Creating jobs is something I know about as I have created over 50,000 direct jobs and 250,000 indirectjobs in my own State of Adamawa.

And I also know how the Government can help create the right environment for businesses to create jobs. When I was Vice President in 1999 I was responsible for liberalising the telecomms sector which enabled us to increase the number of people who could access a phone from less than 1 million then to over 100 million today.

This transformation resulted in the creation of hundreds of thousands of new jobs from the top-up card vendors you see on every street corner to the many new businesses that fed off the mobile phone revolution.

Some of you may know that I was elected Vice President under the banner of the PDP, which is the political party I had helped to found some ten years before.

And some of you may also know that I left the PDP four years ago when I believed it was no longer aligned to the principles of equity, democracy and social justice upon which we had founded it.

I joined the APC as I had hoped it would be the new force that would help improve life for our people and I was excited about the party’s manifesto to create 3 million new jobs a year.

The result has not been the change people had been promised or voted for, as in the last two years almost 3 million Nigerians have lost their jobs.

And today with a record 25% of people aged 18-25 unemployed I can see how difficult it is for our youths to find a job.

The key to creating jobs is a strong economy and that is what we are currently lacking.

So today I want to let you know that I am returning home to the PDP as the issues that led me to leave it have now been resolved and it is clear that the APC has let the Nigerian people, and especially our young people, down.

But rather than giving a long political speech on this matter I thought it would be more helpful to invite you to ask me questions and share with you my answers. You can post your questions on my Facebook page:facebook.com.atiku.org

I see we have a question from Jide

Sir, how can you know what young people want when you are not a youth?

I meet young people every day. I have children an