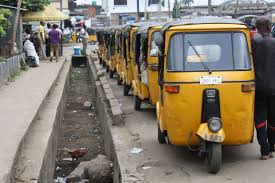 The December 1,2017 deadline issued to Keke Operators by the Imo State Government to cease plying streets and major roads in Owerri may not be real afterall as Keke riders still carry out their operations in the municipality.

Our reporter who monitored the situation observed that Keke riders are continuing their operations in the city but  have avoided major roads the State Government had cautioned them not to ply.

But newspaper reports in Owerri said the ban is imminent and will be enforced as soon as possible as the State Government is bent on enforcing it in line with its urban renewal programme.

Some of the operators who spoke on condition of anonymity expressed hope that their appeals to the Governor would be heeded.

innonews - July 6, 2017 0
Carl Ikeme, Super Eagles goalkeeper has been diagnosed with acute leukaemia. This was revealed by his club, Wolverhampton Wanderers. “The 31-year-old Nigerian international goalkeeper returned some...

Senatorial Re Run: Okigwe Elders Say No To Imposition Of Candidate

innonews - February 24, 2020 0
Worried by lack of peace and unity of purpose among politicians of Okigwe Senatorial zone in Imo State, which has often led...