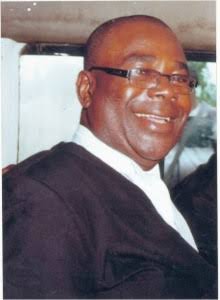 The Peoples Democratic Party, PDP in Imo State has suffered a major blow as its former State Chairman, Prince Eze Duruiheoma has defected to the All Progressive Congress, APC.

Duruiheoma is the Chairman of
Nigeria Population Commission, NPC, a Federal Government agency responsible for conducting census and headcount.

innonews - December 12, 2019 0
Hon.Emeka Diwe is a colossus, an enigma, respected for his fiery views and no holds barred disposition. An unrelenting promoter of...

innonews - June 11, 2018 0
The Rochas Okorocha faction of the All Progressive Congress, APC in Imo State are banking on statutory delegates to attend the national convention of...