Imo State Governor, Rochas Okorocha has opened up on his political future in 2019 saying he will neither run for the presidency or for senate in 2019. He said rather, he will focus on who succeeds him.

The Governor was quoted in a statement signed by his Chief Press Secretary, Sam Onwuemedo.

He spoke when more than 5,000 members of the Rochas Mandate Movement held a solidarity rally for him in Owerri on Friday December 15, 2017.

Governor Rochas Okorocha of Imo State has said that he does not run family government as claimed by some elite in the state and that those behind that claim really miss the point.

He said more than 4,000 children had gone to University through Rochas Foundation and more than 15,000 of such children are also in the various colleges of the Foundation and when some of them graduate, they chose to be with him and he could not afford to say NO to them adding that if any of such children becomes anything under him, they would say he or she is a member of Rochas Family and he does not deny that since his ambition in life is to see people grow through him.

The Governor  spoke when more than five thousand members of the ROCHAS MANDATE MOVEMENT held solidarity rally for him in Owerri, on Friday December 15, 2017, stating that those who never offered the people of the state leadership when they held sway but only shared the people’s resources would never come back to power in the state.

He said, Uche Nwosu who is from Nkwerre Local Government Area and Prince Eze Madumere, from Mbaitoli LGA are all counted today as members of his family because they have grown to prominence but when they took those steps of faith no one counted them as members of my family adding that he has done the state and her people proud with his monumental achievements.

His words, “The people I see here are people who are committed. People that are following me not because of what they could gain from me, but because of what we have done for the world. As it stands, come 2019, I’m contesting for nothing. But in my heart, I have searched out and resolved that one man has good thoughts about Nigeria in his heart. Secondly, the possibility of leadership will easily get to the Igbos after him. That man is President Muhammadu Buhari”.

He added “My coming as a leader in Imo State was by your efforts. No big political bigwig supported me and in my stride, I have brought sitting Heads of states of other countries to Imo State”.

In her speech, the Coordinator of the group and Supervisory Commissioner for the Ministry of Happiness and Purpose Fulfillment Mrs. Ogechi Ololo said the Movement will be poised to insure that someone with the passion to develop the state like the governor will govern the state in 2019, adding that Imo People will not afford to cock and bull stories with Free Education, Urban Renewal and so on. 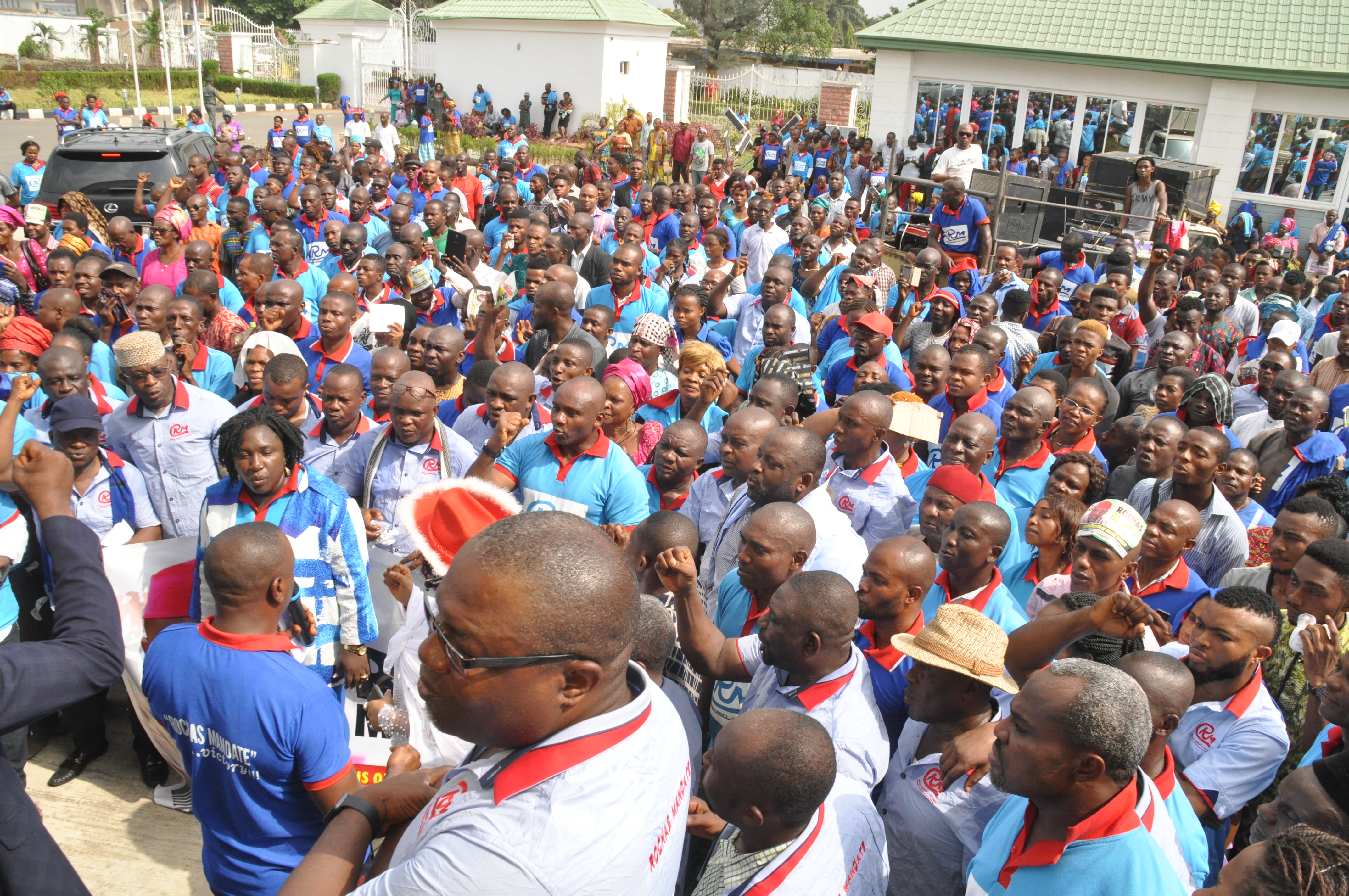 innonews - July 22, 2017 0
BY ERIC OKAFOR# Rights activist and ace entertainer, Charles Oputa, also known as Charly boy has explained why he led a protest tagged “ Our...

Egbema Illegal Refinery Fire Disaster, One Death Too Many- Ihedioha

innonews - June 2, 2022 0
There are strong indications that former Governor of Imo State, Emeka Ihedioha, is in pole position, to emerge running mate to former...

Conte Apologize For Being Sent Off In Chelsea- Swansea Match

innonews - November 30, 2017 0
Chelsea Coach, Antonio Conte has apologized after he was sent off by referee Neil Swarbick and fourth official, Lee Mason in Wednesday’s 1-0 win...