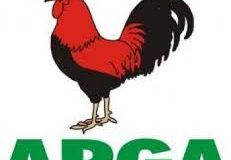 More top politicians are on their way to the All Progressive Grand Alliance, APGA in Imo State.

Lately, APGA in Imo State had witnessed influx of politicians from the All Progressive Congress, APC and the Peoples Democratic Party, PDP.

” The speculation has been on for sometime now. But its real right now, when we conclude the arrangements which is in its stage, the politician will cross over to APGA” the source said

innonews - February 23, 2022 0
BY GIDEON AGBALAMA State Governors elected on the platform of the All Progressives Congress, APC, have been accused of...

innonews - August 15, 2018 0
*By David Uka, Abakaliki* Governor David Umahi of Ebonyi State has announced that the state government would construct an airport in the state in early...