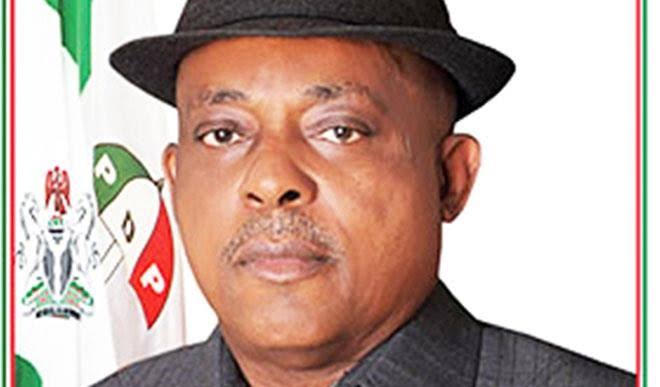 The decision of Northern leaders of the Peoples Democratic Party,PDP to reject the chairmanship ambition of Prince Uche Secondus in preference for aspirants from the South West zone has put the Imo State chapter of the party in dilemma.

Secondus is known to have the backing of the Charles Ezekwem led Imo State chapter of the party.

He also has the support of key chieftains of the PDP in Imo State such as Former Deputy Speaker, House of Representatives, Rt Hon.Emeka Ihedioha.

Ihedioha has openly identified with Secondus in the latter’s bid to be elected national chairman of the PDP. The former Deputy Speaker is also a major pillar of the State Executives in Imo State.

Secondus who is said to be the choice of PDP governors for the National Chairmanship position may have his ambition truncated if the 19 Northern chapters of the party go ahead to back a candidate from the South West Zone at the convention.

A top party source who is also one of the delegates of the PDP in Imo State said if the position of the Northern party leaders is anything to go by, then the support of Imo PDP for Secondus is not enough to make him emerge victorious at the elective national convention of the party in December 9 in Abuja.

“We are watching the  unfolding development as the national convention comes close on December 9. Secondus has considerable support from the South East chapter of the PDP, Imo inclusive” he said.

He however added that if Secondus eventually lose at the convention, it may not be a pleasant development for the present set up of the PDP in Imo State who will be banking on Secondus to stand firm in the face of fierce opposition from the Nnamdi Anyaehi group in the party in the State.

” We pray Secondus pulls through because if he does not it will be a difficult situation for the party, the Ezekwem leadership and most especially for Ihedioha who has done a lot to position himself for the governorship ticket of the party in 2019″ the source stated

As at the time of filing this report, the response of the Publicity Secretary of Imo PDP,  Damian Opara is awaited after this online newspaper sought for his comments on the matter.

innonews - July 28, 2019 0
There are strong indications that the present administration in Imo State may have foreclosed plans to create new autonomous communities.

Our Edge Over Cameroon, Rohr Reveals

innonews - July 7, 2019 0
Extra two days rest and getting used to the pitch at Alexandria Stadium, Alexandria were some of the factors which gave Super...