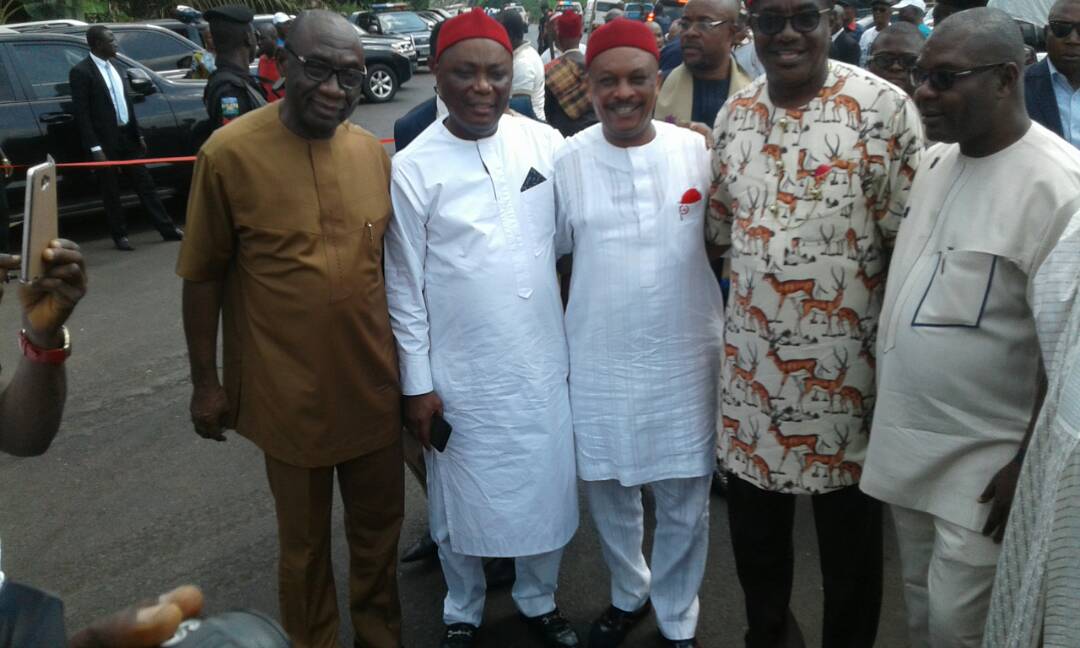 It was a gathering of the creme de la creme in Nigeria as eminent Nigerians including Senate President, Olubukola Abubakar Saraki led over twenty senators to the grand reception in honour of Senator Samuel Anyanwu at Iho in Ikeduru Local Government Area.

Highlight of the grand event was the endorsement of Senator Anyanwu for a second term by PDP Chieftain, Chief Emmanuel Anyanwu.

Senate President, Saraki was conferred with the traditional title of “Enyioha’

innonews - May 24, 2018 0
Pensioners in Imo State have taken their case to God. The senior citizens have consistently lamented over unpaid entitlements and pensions by the Okorocha administration. At...

Imo 2019: No Deal With Okorocha Over Uche Nwosu- Senator Anyanwu

innonews - May 19, 2018 1
Senator representing Owerri Zone in the senate, Senator Samuel Anyanwu has said it is untrue that Imo State Governor has reached out to Chief...