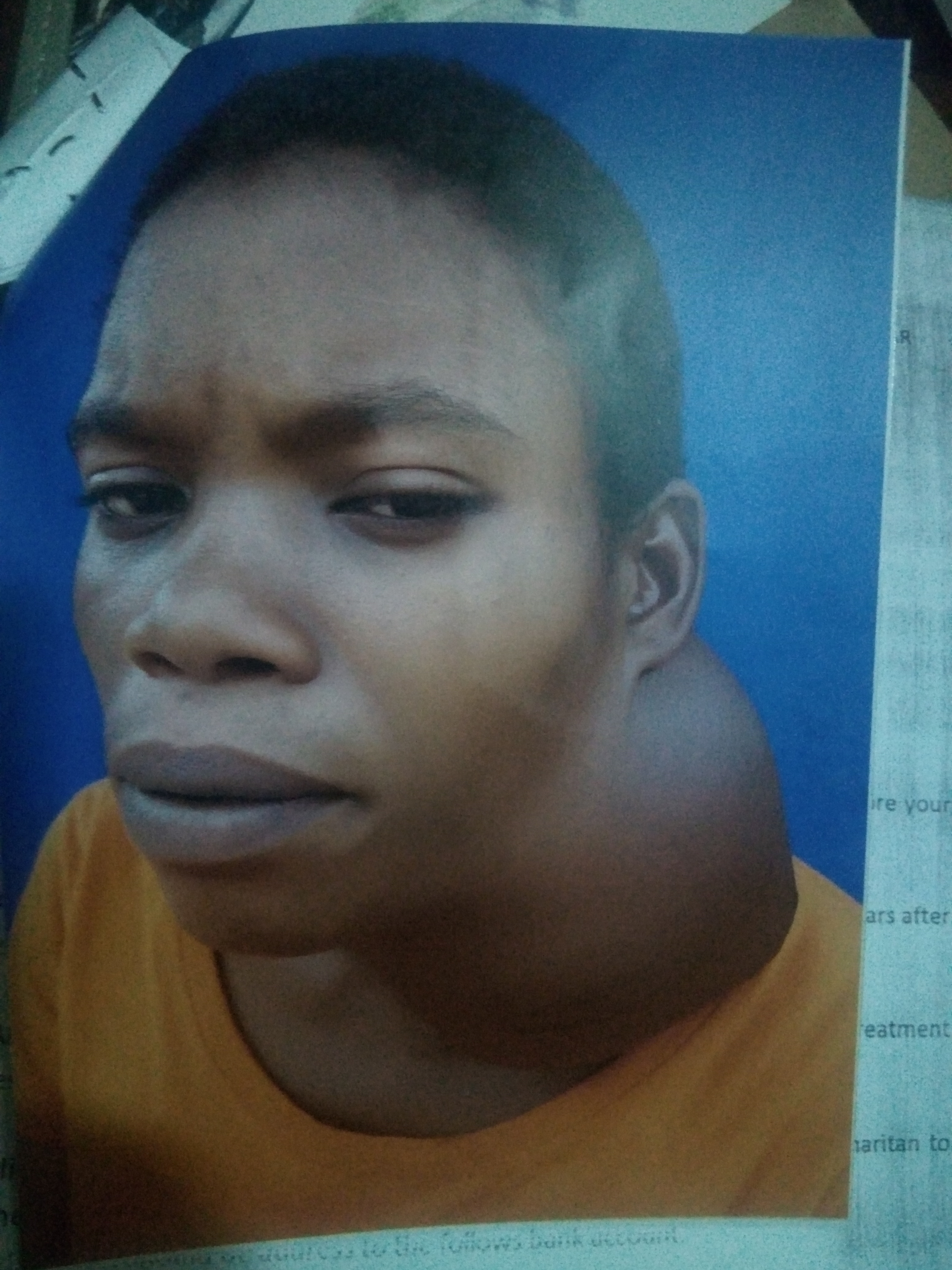 A cancer patient with a large protruding tumour on the neck, sister Janeth Erdoo Tyavayar has passionately appealed to public spirited individuals for financial assistance to enable her undergo medical examination, clinical evaluation and surgery in India.

She is due to travel to Jaypee hospital in India for the treatment of Neuro fibroma of the neck as diagnosed by medical experts and neurologists which recommended her for further observation and surgery in India.

The sickness which has troubled her for the past five years has defied all medications and homoparthic solutions, hence the need for her to proceed on the medical journey to India.

Sister Janeth Erdoo Tyavayar is however handicapped on to how  to raise a total of N6 million required for her treatment in India.

The amount also includes sundry expenses while on admission at Jaypee hospital India.
Based on her condition and inadequate funds,  the parents of the patient are appealing public spirited individuals, charity and corporate organizations in Imo state and beyond to come to their daughters aid financially.

Those who wish to make further enquiries are free to call her and the parents on 07037432398. According to a report from Union Diagnostic Clinical Services PLC, Ikotun Lagos report, “there is a huge mass on the left side of the neck, which would appear to have formed from coalition of smaller masses. The mass extended a-cross the midline to occupy the Prevertebral space and the Oropharynx”. However, the thyroid gland appears to be quite preserved thus dispelling suspicion of goiter while all the visual bones are nomal. This was why the MRI features highly raised suspicion of a huge neuro fibroma. Giant enlarged lymph and left parotid gland adenocradinoma are possible differential diagnosis.

According to the doctor, the patient needs initial assessment followed by surgery and that she will spend an average of 3 weeks in India before being discharged.

innonews - July 16, 2018 0
President Muhammadu Buhari has ordered the repatriation of Nigerians stranded in Russia after the World Cup. 60 Nigerians were said to have traveled to Russia...

‘Step Up Pace Of Governance In Imo’- Watchdog Tells Uzodimma

innonews - September 3, 2021 0
A watchdog group based in Imo State, the Imo Awareness Coalition, IAC, has advised Governor Hope Uzodimma to "step up the pace...