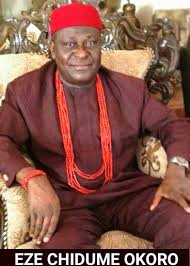 The just concluded election to elect a new chairman for the Imo State Council of Traditional Rulers which re- elected the incumbent, Eze Sam Ohiri has left in its trail complains and allegations by the losers who took part in the polls.

One of the contestants, Eze Chidume Okoro said he lost because the delegates were harassed and intimidated before the election took place.

His co contestant, Eze Oliver Ohanweh also alleged that the process of conducting the election was faulty, alleging imposition and fraud which marred the election. He said at a point he got disenchanted with the entire process.

He stated that some monarchs were locked up at the Eze Imo palace in addition to money that exchanged hands to loyal Traditional Rulers to vote against their wish.

Eze Sam Ohiri won the election. He polled a total of 59 votes to Ohanweh’s 3 votes and Okoro’s 19 votes.

innonews - December 7, 2017 0
Traders at New Market, Owerri will be affected by ongoing demolition exercise of the Imo State government under the guise of urban renewal programme. Reports...

innonews - July 9, 2020 0
BY RALPH EJIMKONYE  The Imo Awareness Coalition, a watchdog group in the state, has said “it is deeply concerned...