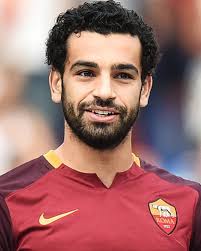 Egypt international, Mohammed Salah of Liverpool has been voted Africa Footballer of the year.

Salah, 25, has been in top form for both his club and country in the period under review.

The Egyptian star at the moment has 17 goals from 21 appearances for his Premier League club, Liverpool, this term.

He also played a pivotal role to help the Pharaohs reach the 2018 FIFA World Cup in Russia few months after losing the 2017 Africa Cup of Nations title to Cameroon.

With Thursday’s development, Salah is the first Egyptian to scoop the prestigious CAF award since its inception in 1992.

Prof Protus Speaks On Building A Secured And Happy Society

innonews - March 15, 2020 0
A university don and social crusader, Prof. Protus Nathan Uzorma, has called on the agents of government and members of the society...

innonews - October 17, 2019 0
President Muhammadu Buhari has approved the release of the sum of N10billion Special Intervention Fund for immediate repairs and upgrade of...