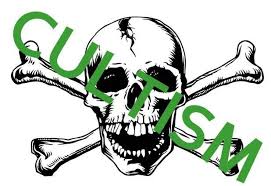 The deceased simply identified as Justice was shot dead yesterday (Friday) at about 5.05PM by rival cult members.

A serving Corps Member in Cross River State and graduate of Federal Polytechnic Nekede, Imo State (2016), Justice who hailed from Abia State was shot in the head while drinking a bottle of Life beer at a popular spot around the Polytechnic junction.

His body was said to have been deposited at Agbala morgue, naked.

A source said two out of the six cultists that carried out the operation were caught by local vigilante of a nearby village – Umuokomoche .

According to the source, a fat local vigilante damned all consequences and grabbed one of the cultists while they were fleeing through the village.

“Another was caught near Big Tree of South Africa road following a tip off”, the source informed.

innonews - October 11, 2020 0
The Union disowned the group which set up a parallel exco The Imo State chapter of the Nigeria...

innonews - July 10, 2018 0
Despite reconvening on Tuesday, 10 July, 2018, to hear a petition tendered by 13 lawmakers who accused the State Deputy Governor, Prince Eze Madumere...