Home LEAD STORIES Why Owerri, Environs Is In Darkness For Days 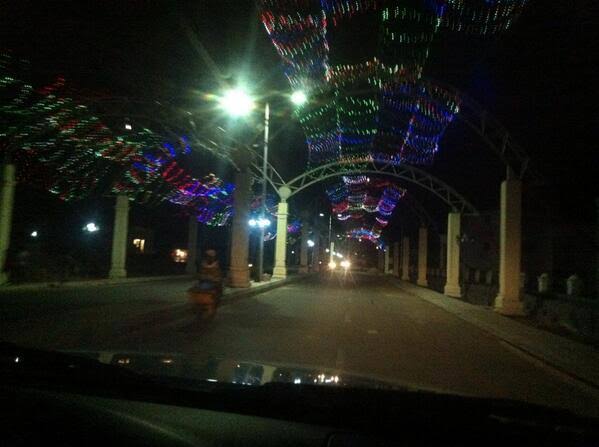 Details has surfaced why some parts of Imo State, especially the State capital, Owerri has been in darkness For several days now.

It was gathered that ongoing Maintenance on TR2 600MVa TCN Power transformer at Egbu, Owerri is responsible for the power outage which has taken a toll on small and medium scale business in the state.

According to a statement by Emeka Eze, Head Communications,TCN, thé maintenance work had begun in 18th January,2018 at 1pm and was expected to end by 4pm same day but unfortunately due to unforeseen circumstances it lingered.

“The management of EEDC wishes to inform its esteemed customers in Imo State that the current loss of supply being experienced in the state is as a result of an ongoing maintenance work on the TR2 power transformer at the TCN station in Egbu, Owerri.

“The maintenance which commenced on Thursday 18th January, 2018 at 1pm was expected to end at 4pm same day, but unfortunately, due to some unforeseen circumstances it has lingered.

The customers affected by this development are:

The TCN Engineers are working hard to restore supply to our 33KV and 11KV Feeders in the affected districts. Normal supply will be restored as soon as the maintenance is completed.

Suit Brought By PDP To Oust Governor Of Yobe State From...

innonews - May 15, 2018 0
*BY COLLINS OPURUOZOR* A wonderful day as the consultation train of the Imo Rebirth Movement led by Mr. Okey Ezeh hit Isu and Njaba LGAs....

innonews - September 23, 2018 0
*BY RALPH EJIMKONYE* News had surfaced at the weekend that harmonization is underway in the Imo State chapter of the All Progressive Congress, APC. One of...