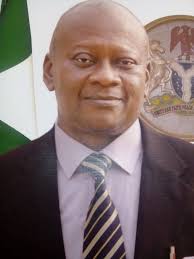 I bring you warm felicitations from the members of Oganihu Owerri zone and the people of Owerri zone. I came with the leadership of our noble Oganihu Owerri zone from the nine Local Government areas that made up our zone to dialogue with you on issues concerning the governance of our State, Imo come 2019 when the tenure of your son, Dr. Owele Rochas Ethelbert Okorocha will come to an end.

We are not here to castigate your son, our Governor, who has done his best within his ability and capability and we do not expect any better performance from him.  He will be leaving office by May 29, 2019. We are here to chart a new course for our dear State, Imo, especially in supporting a zone and possibly an aspirant whom we believe is capable of giving Ndi Imo the good governance they have been expecting. We have heard of rumours of the out-going governor planning to impose a successor from your zone and this we view as trying to play on the sensibilities of all of us, the stakeholders in Imo State.

CHARTER OF EQUITY AND DOCTRINE OF NECESSITY

It is true that our Owerri zone People are clamouring to produce the next governor of Imo State come 2019; that is, if the issue of charter of equity is to be addressed. The possibility of Owerri zone producing the next governor of Imo State come 2019 will depend on the alliance between our zone, Owerri and Okigwe zone. The chatter of equity was truncated when some prominent Owerri sons convinced Rochas Okorocha to run for governor in 2011 and infact led him to APGA through Ralph Uwazurike who took them to Chief Ikemba Ojukwu who supported him before Agbaso of Owerri zone brought his support when a son of Okigwe zone was to go for his second tenure.  By now, Owerri zone would have been ending their first tenure in the then zoning arrangement which unfortunately, has been destroyed. We are here to agree with you on a new political arrangement which will stop your son, our out-going governor from crafting this marshal plan to further exacerbate the existing imbalance by sponsoring another person from Orlu zone to succeed him. The situation we have at hand calls for the application of Doctrine of Necessity which we believe will revive the charter of equity which has been destroyed. We need a strong and capable person to govern Imo State come 2019. Oganihu Owerri zone resolved in its recent meeting to support Okigwe zone to produce the next governor of Imo State come 2019.  We have met with the Olu Okigwe zone to form an alliance of quid pro quo. Having met and agreed with our brothers of Okigwe zone, who have convinced us that they have unanimously resolved to partner with Owerri zone and to seek for a partnership with Orlu zone in this regard. We have also resolved to partner with them to support a credible candidate from Okigwe with mass appeal for the 2019 Imo State Governorship position.

Mr.  President-General and the good People of Orlu Zurume, we are here to appeal to you to collaborate and partner with us in this regard and to establish a working caucus for the formation of a roadmap agenda and time line for this initiative to take off.

God bless you all

innonews - December 30, 2020 0
BY EBERE EKECHI Chieftains of the Peoples Democratic Party, PDP, and the All Progressive Congress, APC, in Imo State,...

innonews - November 30, 2017 0
The Clerk of the Imo State  House of Assembly, Mr.Chris Duru has been suspended. The sack is coming barely 48 hours after the House members...