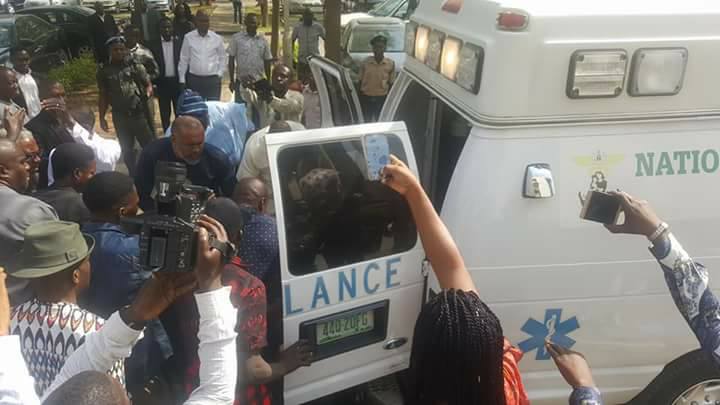 It was drama today at an Abuja Court when a former publicity Secretary of the Peoples Democratic Party, PDP, Olisa Metu appeared in court in an ambulance.

Recall that Metuh is facing trial for alleged N400 million money laundering. The money is said to be part of the funds with former National Security Adviser, Col Sambo Dasuki (retd)

When the door of the ambulance was opened, Metuh was wheeled out in a stretcher.

innonews - December 24, 2018 0
I felicitate with all Nigerians, particularly our Christian brothers and sisters, on the joyous occasion of...

innonews - October 10, 2018 0
*I Have Not Joined PDP- Onyeagocha* *We Are Consulting- Ohakim's Aide *New APGA In The Offing *Aspirants Hold Crucial Meeting With Delegates Oct 11 ?BY RALPH EJIMKONYE* Following the...