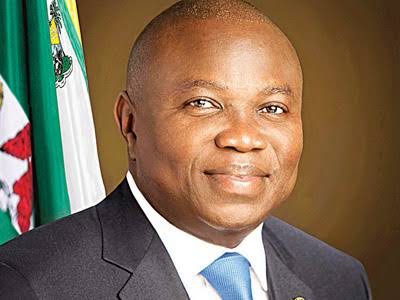 There has been quite a bit of hullabaloo about the price increase at the Lekki Toll Gate. On the one hand the concerns of people are understandable – these are tough times for Nigerians, the economy is only just coming out of a recession, and peoples purchasing power has been hit quite hard by the unavoidable naira devaluation in recent years.

But I’m also concerned that the other side of the argument – the rational explanations of the Government, which any fair-minded citizen should be willing to appreciate – is not coming out well enough.

Take for example the issue of the consultations that preceded the price increase, aimed at cushioning the impact on the most economically vulnerable Lagosians. For a government that sometimes gets attacked for not thinking about the poor, this was a masterstroke.

The comments by the NURTW are instructive. Alhaji Taofeek Oluwa, Chairman of the NURTW chairman in Jakande, one of the major transport hubs along the Lekki-Epe Expressway, was widely quoted in the media as saying: “It is encouraging that LCC carried the NURTW along as one of the critical stakeholders consulted during the engagement process for the toll review which resulted in the minimal increase in toll charged the branded commercial buses. From February 1, branded commercial buses popularly called ‘Danfo’ which previously paid N80.00 would be paying N90 for e-Tag payments and N100 for cash payments. We assure commuters that they will not suffer any increase in the fares paid to board the branded commercial buses coming into or going out of Eti-Osa/Lekki-Epe Expressway. The NURTW is happy to endorse the toll fare review.”

This is very commendable. And it is to a large extent because of this that I believe the planned protests by some faceless groups against the price review will not gain any traction. There’s really, in my opinion, no basis for the protests. The government has addressed the circumstances of those most vulnerable to this, the masses who commute daily by public transport. Those who own their cars have an alternative route which they can use.

Now, that mention of that alternative route leads me to another important issues – the ongoing responsibility of Governor Ambode’s administration to Lagosians. As a matter of urgency that alternative route that passes through Oniru should receive more attention from the Government. It should be widened, and all hands must be on deck to ensure a free flow of traffic on it. This means that LASTMA and other agencies must be fully on ground to ensure that there is minimal obstruction, especially around the Oniru Market. The alternative route – which is a necessity for those who either cannot afford the toll or who on principle want to avoid it – must not be made to look like unnecessary suffering for Lagosians.

Another responsibility from the Lagos State Government, is working to smoothen the flow of traffic at the Toll Gates. It’s not acceptable for Lagosians to be struggling to squeeze through only three or four gates, during rush hour, while the rest are kept out of use for reasons best known to the people managing the Toll. At all times all the available gates must be open for use and manned. This will go a long way towards reducing traffic and assuring people that Government is looking out for their welfare.

Finally, the Lagos State Government must pay more attention to maintaining the Expressway. They are doing a decent job so far, but more must be done. Ongoing flyovers must be completed, and new ones built. The road must be kept fully lit at night, and the emergency response service – which is a very commendable initiative – must continue to operate. The service has been perhaps the most efficient on any highway in Nigeria, and this standard must not be allowed to fall.

There is no doubt that the Ambode administration is doing wonders for infrastructure in Lagos, especially roads. The Ajah and the Abule-Egba flayovers, pedestrians bridges along the Lekki Expressway, Aboru bridge, the Ojodu-Berger interchange, the lay-bys and slip roads at Oworonshoki, ketu, Alapere, the ongoing reconstruction of Oshodi-Airport road, the new bus terminals at Oshodi and Ikeja, and Lekki Expressway which the government wants to complete all the way to Epe; all of these are clear evidence that the State Government means well for the people. Only a deliberately mischievous person will attempt to downplay the importance and positive impact of these projects. Only such a person will also try to pretend that these projects do not cost money.

We know that the Toll price increase – the first since the Toll Gate was introduced about seven years ago – is meant to fund the maintenance of the Expressway as well as the completion of the full length of it, all the way to Epe. This is commendable, and one hopes that those who are lured into unnecessary protests will realize this.

On its part the Ambode Government should also take heed of the suggestions above, and continue to show in visible ways that it is a listening and caring Government.

Subjecting INEC To The Control Of Both The NCC And Or NASS Before Electronic Transmission Of Results Is A Constitutional Abberation. BY Prof NNAMDI...