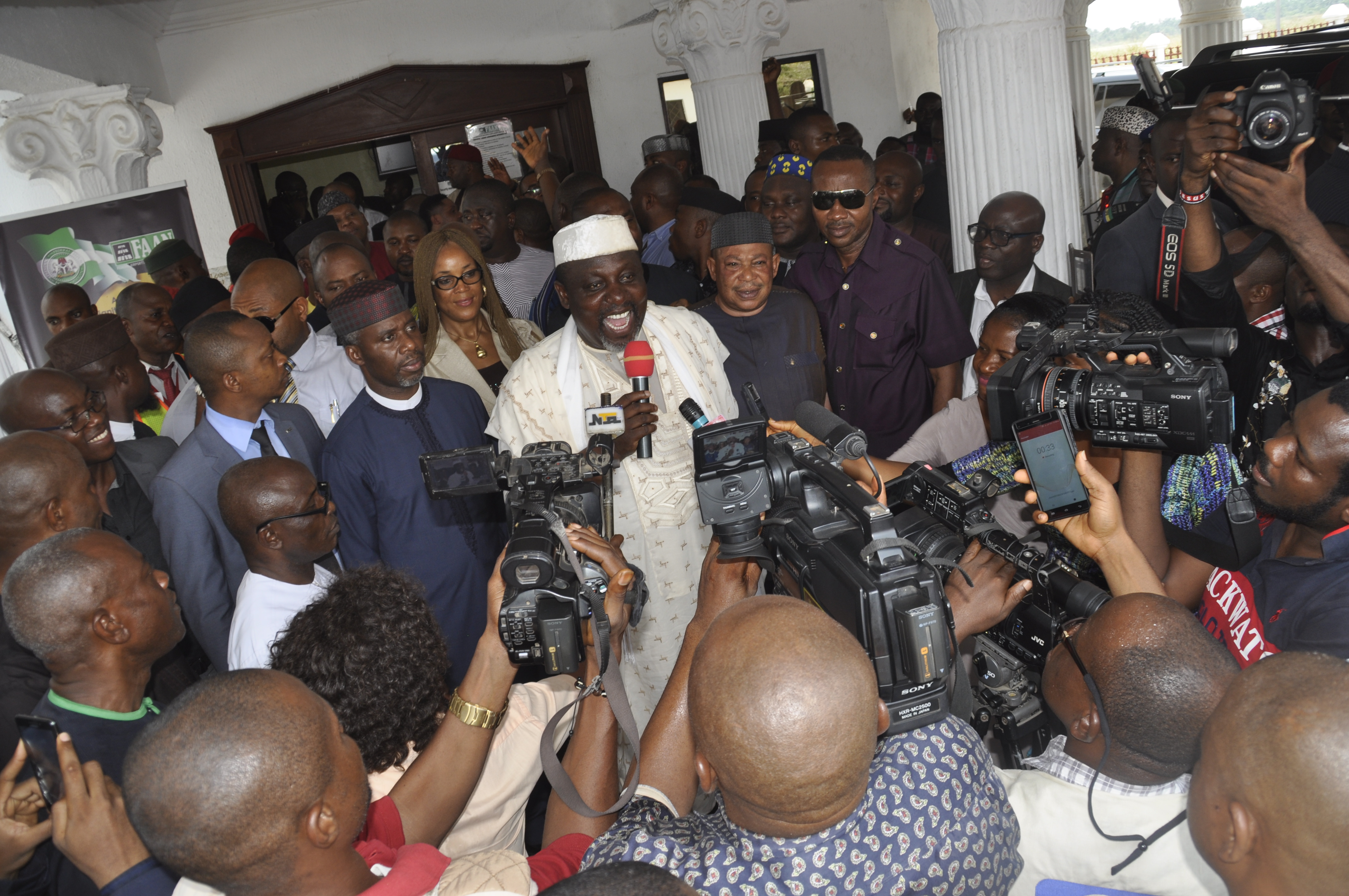 For the umpteenth time, Imo State Governor, Rochas Okorocha has promised to conduct the much awaited local government election in the State. He says the polls will take place in June 2018. This newspaper had reported last month that the Rescue Mission government is contemplating holding the polls in the middle of this year.

The latest resolve to hold the polls now is more or less a deft political move to boost the support of the government in the face of growing opposition within the All Progressive Congress, APC in the State.

The promise of a local government election is coming after several failed promises to conduct the polls in the State seven years after the Okorocha government was elected.  He had told journalists at the NUJ Press Centre, Owerri last year that the polls will take place in September 2017. It never did fueling speculations if the polls will ever take place.

But on his arrival at the Sam Mbakwe International Airport  from Overseas tour, Okorocha called on members of the Imo State House of Assembly to tie up the local government laws without delay for the June election.

The Governor also spoke on the future of the All Progressive Congress, APC in Imo State saying the party primaries will be transparent.

“The APC Primary in Imo is going to be very transparent. It is going to be open. The world will be made to watch it. There will be no short-cut. Anybody who wins the Primary becomes the Candidate of the Party. And the whole noise about Uche Nwosu is because he is the best of all those talking about the governorship in the State at the moment”.

This is contained in a statement by his Chief Press Secretary, Sam Onwuemedo.

He said he has no apologies endorsing President Buhari for a second term as President and his Chief of Staff, Uche Nwosu for Governor.

Okorocha reiterated “Rescue Mission government in the State is on course. I have no apologies endorsing President Buhari for the President of the Federal Republic of Nigeria and no apologies accepting the endorsements of all the local governments of Imo State for Ugwumba Nwosu”.

“My joy will be to see a capable hand, a leader who will continue from where I stopped. It is obvious that people have misrepresented facts in this part of the world. If democracy is to remain democracy in Imo State and Nigeria there is nothing unconstitutional that we have done in the course of our endorsement”, he stated.

He further stated “The Constitution is very clear, and it is a guiding principle upon which all democratic activities rotate. Our endorsement is not unconstitutional as the constitution has stipulated what a Candidate must possess. Our Candidate or aspirant possesses those qualities; so there is nothing unconstitutional in what we are doing in rescue mission of Imo State”.

Hear him “If I had chosen somebody else, maybe they would have been happy because they will believe they will defeat the person but there is something about Uche Nwosu that is scaring them, that if Uche starts, they may lose out. Let me advise all the Political Parties and all oppositions, internal and external, to please present us as a matter of urgency, their own Candidate who is better than our own Candidate so that the Imo people will chose who is a better candidate”.

innonews - December 3, 2021 0
Commissioners Designate cleared by the Imo State House of Assembly are in suspense, over no date for their swearing in.

Court Has Reversed Proscription Of Town Unions In Imo-Emeka Diwe

innonews - February 2, 2018 0
The President General of South East Town Union Development, Chief Emeka Diwe has claimed that a Court ruling has nullified the proscription of Town...