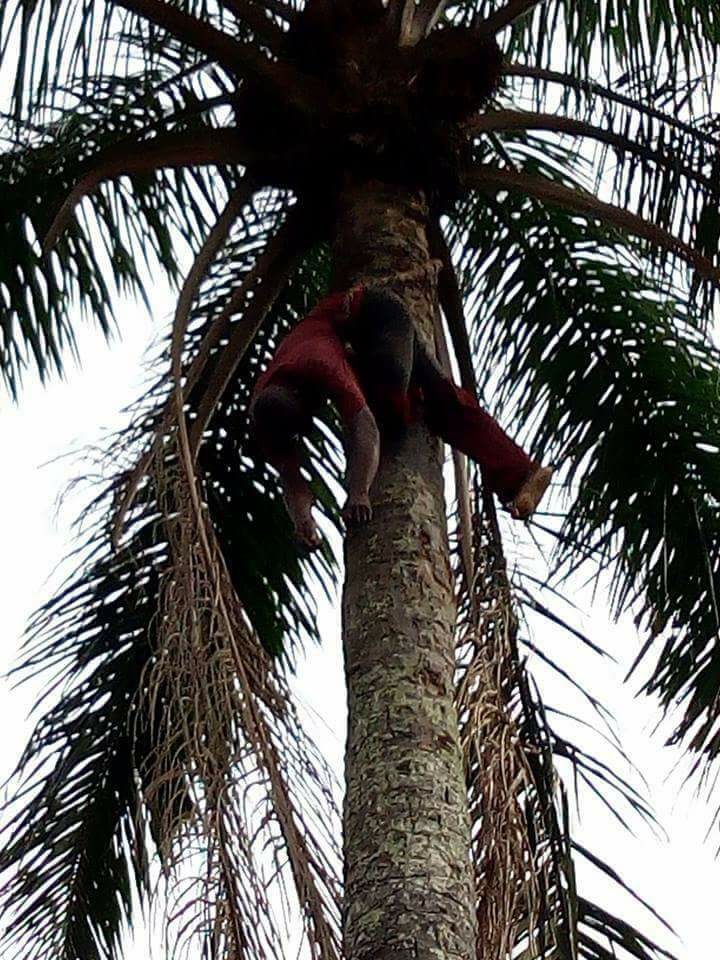 The death of a middle aged man on top of a palm tree has sent tongues wagging in Umuocha Ohuba village Ubonmmiri in Mbaitoli Local Government Area of Imo State.

Men and women, including youths of the community were in shock as they lamented what could have led to the mysterious death of the palm wine tapper who was found dead on the tree.

Efforts to speak to the traditional ruler of the community, HRH Eze Clifford Amadi was unsuccessful. Most of the villagers described the unfortunate incident as strange.

I M Real, Not A Clone- Buhari

innonews - December 2, 2018 0
President Muhammadu Buhari on Sunday said he is not a clone as erroneous peddled on the social media. This is the President’s first public...

innonews - September 25, 2017 0
Imo State Governor, Rochas Okorocha has been speculated to be eying the Vice Presidential ticket of the All Progressive Congress, APC in 2019. Newspaper reports...