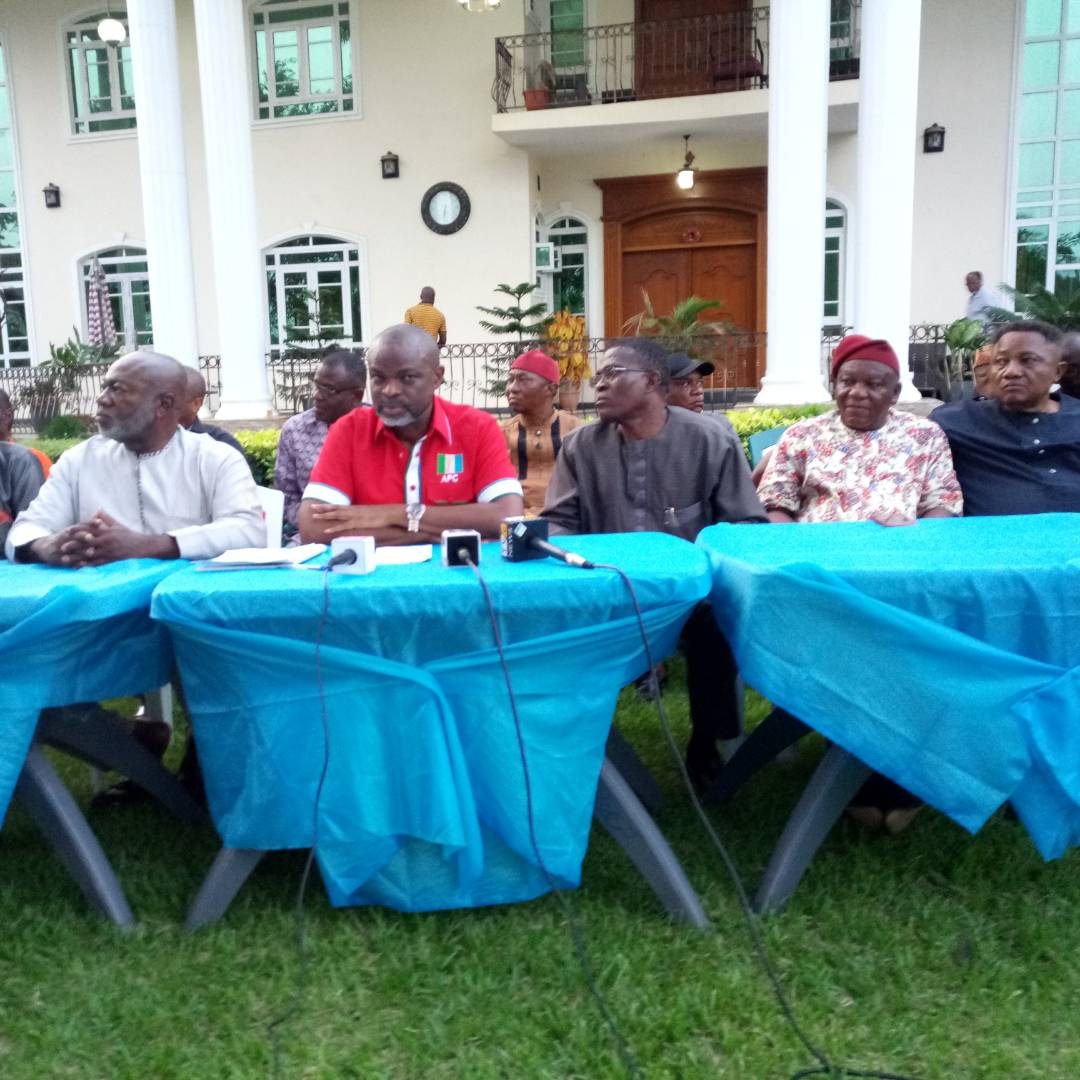 The Restoration Coalition, APC Imo State has expressed reservations over certain developments in the APC

Addressing newsmen at Imerienwe, Ngor Okpala Local Government Area, a former Commissioner in the State, TOE Ekechi read a communique on behalf of the Coalition.

He said the APC in Imo State is headed for a shameful, abysmal and colossal failure in the state in the 2019 elections and this may cut across and regrettably affect the Presidential, Governorship, National Assembly and State House of Assembly chances”

“However, having been seeing and witnessing contemptible, despicable and condemnable happenings in our great party in the state in recent times, we are convinced that unless urgent steps are quickly taken in calling certain people to order, the APC is headed for a shameful, abysmal and colossal failure in the state in the 2019 elections – this will tragically cut across and regrettably affect the Presidential, Governorship, National Assembly and State House of Assembly chances. We sincerely, call on Governor Rochas Okorocha as the leader of the party in Imo State, to instill law, order, discipline as well promote peace and tranquility as the party gets set for the all important primaries in the state”

They condemned in strong terms the wave of endorsements in the State.

“We totally, without any reservation, condemn the clandestine Endorsements, indiscriminate Adoptions and wanton “Anointments” of certain elements in the party without due processes and without any regard to laid down procedures and respect for party leadership and discipline. It is quite disturbing that these endorsements obtained by Blackmail, Coercion and Intimidation are taking place in the hallowed orbit of the Imo State Government House under the watch of the Governor.

“We are embarrassed because this theatre of the absurdity, as we have confirmed, has the full backing and financial muscles of Imo State Government as the persons being endorsed, one Chief Uche Nwosu, his Son In-Law is also his serving Chief of Staff. As a matter of fact, this is an anomaly and points to a dangerous and destructive party politics of APC in Imo State. We, therefore, call our members to caution as endorsements do not frankly reflect the true picture of Imo APC” part of the communiqué reads.

Okorocha’s Men Cross Over To PDP, Uncertain Of S/Court Verdict On...

innonews - April 27, 2022 0
Some loyalists and political followers of former Governor of Imo State, Senator Rochas Okorocha have dumped the the All Progressives Congress,...

innonews - November 22, 2018 0
*PRESS STATEMENT* Comrade Nwadike Campaign Organization (CONCO) has raised alarm over the willful and mischievous destruction of the billboards mounted by the United Progressive...