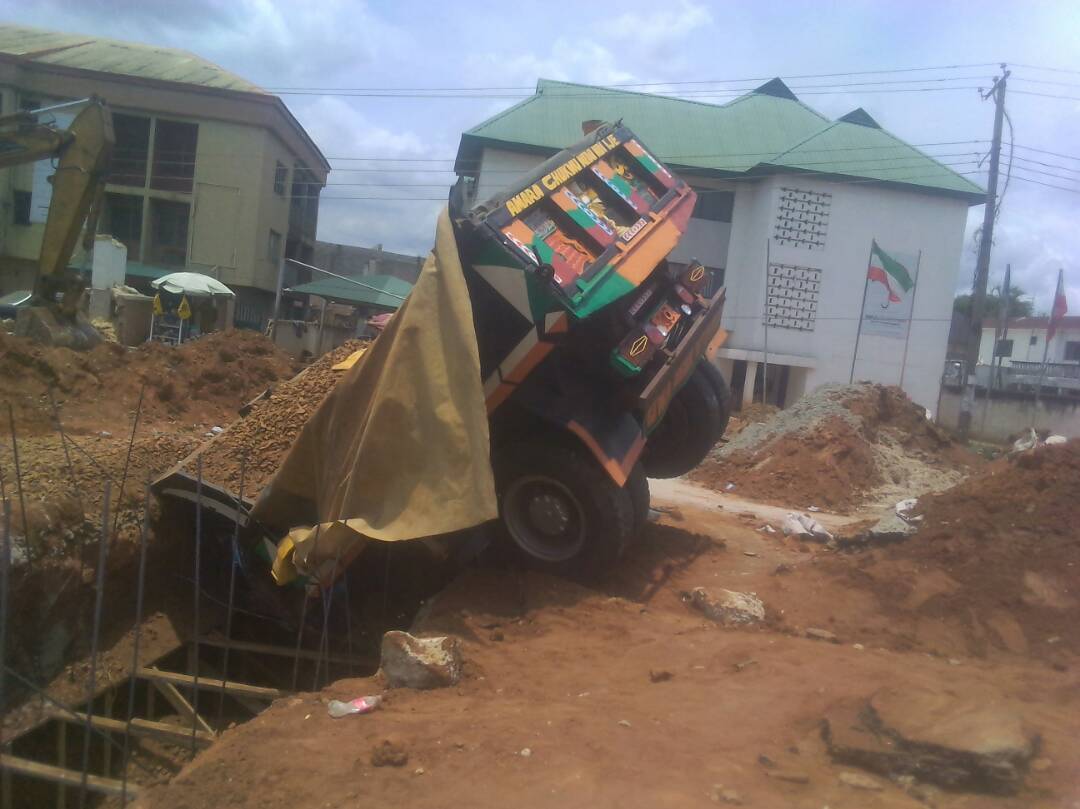 It was lamentation all the way on Monday, 19th March, 2018 when a fully loaded tipper carrying sand plunged into a ditch along Owerri-Okigwe road.

According to an eye witness, the driver of the lorry ran in to the ditch injuring himself and his co- passenger. They were taken to a nearby hospital  to receive medical attention.

This raised concern among those who gathered at the scene as they expressed worry over indiscriminate tunnels and pot holes dug on major roads of Owerri by contractors engaged by the State government for the construction of roads in Owerri metropolis.

The contractor was also blamed for not inserting a caution sign on the ditch.

innonews - March 4, 2018 0
A chieftain of the All Progressive Grand Alliance, APGA in Imo State, Hon Uche Onyeagocha has condemned the attack on the Catholic Archbishop of...