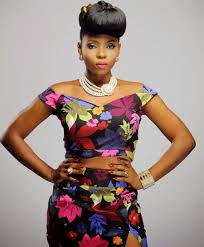 A well known Nigerian Afropop Singer and songwriter Yemi Eberechi Alade popularly known as Yemi Alade who won the Peak of Talent show in the year 2009 which gained her more prominence has finally released a video of her “Bum Bum” track.
The queen of African music as she is called is well known with her first hit “Johnny” which shot her high.
The song “Bum Bum” is produced by V-Tek, and has been gaining serious waves since it first came out on the track-list of her third LP.