The Deputy Governor of Imo State, Prince Eze Madumere, to the best of my knowledge is a cheerful man, very thankful and grateful. In anything God Almighty does, He always create platform through which a supposed “weak” person climbs to the top.

Even though am not holding brief for anyone, one should not be envious of Prince Eze Madumere’s achievements that if God Almighty used Governor Okorocha to raise him up is not enough reason why his life should end at that point. Yes, Eze Madumere received God’s favour through the Ideato South born politician, just as Governor Okorocha was raised to limelight by both the Housas and the Yorubas according to him, before the entire good people of Imo State picked him, financed him, and supported him until he was elected Governor of the state.

In the words of an American Philosopher, “When one stops growing, he starts diminishing”. It is too early for a young and energetic Deputy Governor of Imo State, Prince Eze Madumere to stop aspiring to any public office he considers fit for himself, having demonstrated high level of commitment, effectiveness, sagacity, and good moral temperament in all the positions he has handled.

From an article the Governor’s Media Aide, Chief Sam Onwuemeodo wrote concerning the Deputy Governor, Prince Eze Madumere and seven other Governorship aspirants, Mr. Onwuemeodo struggled to convince the public how Governor Okorocha helped Madumere to become somebody in life without telling the same people how the Governor was helped and assisted to make it in life by the same Eze Madumere.

For the avoidance of doubt, Eze Madumere has resolved various crises that would have thrown the state into an abyss of war, example are, Izombe Community crisis and Irete crisis to mention a few. When Pensioners, Physically Challenged and defunct Keke Drivers thronged into the street of Owerri, protesting against the state Government, it was Eze Madumere that resolved the umpasse. All these and many more the Achi Mbieri born Prince did, the Governor is yet to show gratitude.

It may interest the public to know that Eze Madumere served Governor Okorocha for over twenty years without blowing trumpet, I will not be surprise to blame Mr. Onwuemeodo for blowing trumpet, but I will blame him for not making proper research how Eze Madumere helped, served and equipped Governor Okorocha in life when he had nothing to boast of as a man for years before letting the cat out of the net. So if Governor Okorocha turns out or decides to help him thereafter, it is only an ungrateful person will see it as a favour rather than a right.

In business, “when an applicant serves his boss within the agreed six or seven years without blemish, the boss in return appreciates the applicant either financially or materially”. This is a right and not favour. How will Mr. Onwuemeodo feel that after working as Chief Press Secretary to Governor Okorocha, the only thing he would receive in return is sack or betrayal? How will he feel if the man he risks his life under the sun or rain wakes up early morning and bids him “waka”? Mr. Onwuemedo I know will not take it with kid-glove.

Meanwhile, despite the relationship between Governor Okorocha and Prince Madumere, the Achi Mbieri born conflict resolution specialist had gotten all his appointments on merit without sentiment. So Mr. Onwuemeodo made a very big blunder to have described Eze Madumere as an ungrateful man when the said Governor Okorocha has not fully fulfilled all the promises he made to Prince Madumere during the years he served him to the best of my knowledge.

Eze Madumere is not only humble and reserved but he is knowledgeable, materially equiped and academically sound. He has the prerequisite constitutional qualifications to vie for any position in the country without seeking for anyone’s endorsement apart from God. His life does not tie on anyone, neither is his future glued on any oath.

How could Eze Madumere show gratitude when major functions and duties of a Deputy Governor has been ceded to a lower office order than his? How could Eze Madumere show gratitude when his junior in the Government House is encouraged and motivated to insult him? How could he continue to express gratitude when his supposed boss has caused him to cry and suffer sleepless nights? Even though, Eze Madumere has a forgiven heart, I am sure he will not retaliate whoever is behind this betrayal, but one thing is sacrosanct that his destiny is not remoted by anyone order than God. Now, the public is at liberty to judge who is most ungrateful between Governor Okorocha and Prince Eze Madumere. This is a tip of an iceberg! We must sincerely clap for Jesus. 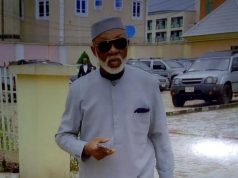 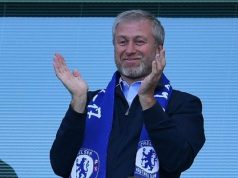 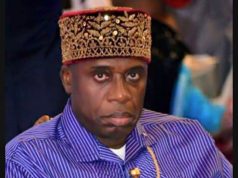 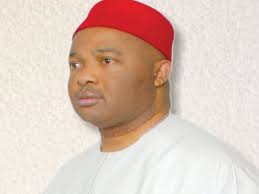 Okereke And Journey To The Green Chambers. BY OKEY ONWU

Archbishop Obinna And The Emerging Political Dynamics In Imo. BY RUFUS EKEOMA 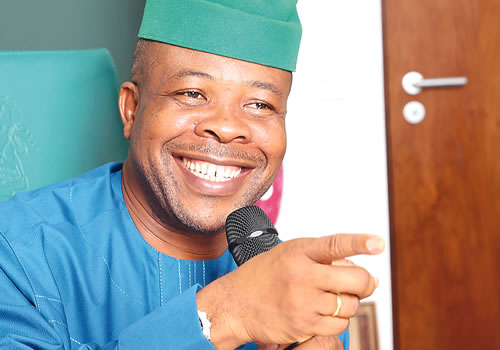 2023: ‘Why APC Should Concede Its Presidential Ticket To South East’