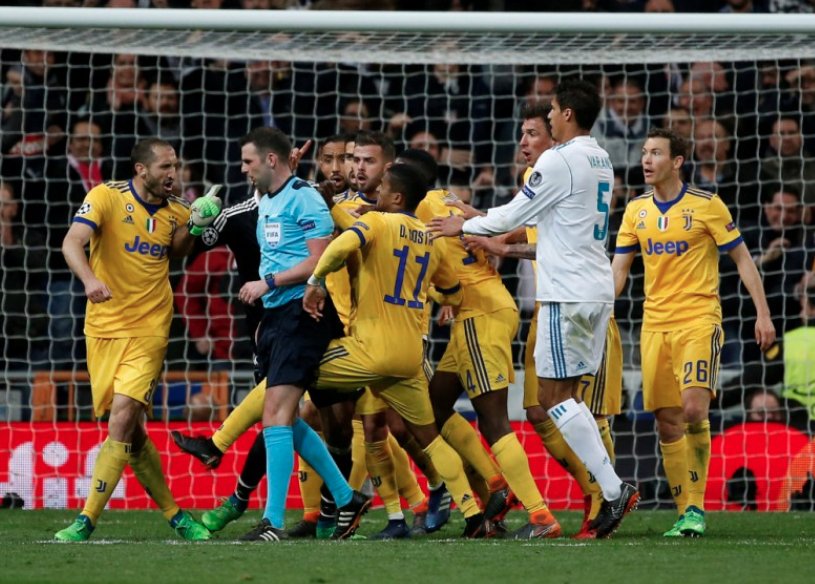 Cristiano Ronaldo scored with the last kick of the match, as Real Madrid qualified for the semi-final of the Champions League ahead of Juventus.

The defending champions went into the second leg of the tie 3-0 up and were favourites to progress into the last four.

However, Mario Mandzukic scored twice in the first half for the Serie A giants, to breath life into the game.

Blaise Matuidi levelled the tie on aggregate, after Keylor Navas failed to hold on to Douglas Costa’s cross.
With seconds left at the Santiago Bernabeu, referee Michael Oliver pointed to the spot for an infringement on Lucas Vaszquez. The English official also sent Gianluigi Buffon off for protesting.

Ronaldo stepped up and smashed the ball past Woijiech Szczesny.
The other game between Bayern Munich and Sevilla ended goalless. The newly-crowned Bundesliga champions go through on a 2-1 aggregate.

Newspaper Vendors In Imo Embark On Strike Over Arrest Of Members

innonews - December 22, 2019 0
Prof. Protus Nathan Uzorma is more than a double edged sword- a fiery critic, an advocate of youth empowerment and an...

innonews - July 6, 2017 0
The All Progressive Grand Alliance, APGA have been identified as the immediate beneficiaries of the call by IPOB Leader, Nnamdi Kanu for the governorship...

‘Presidency Intervened In My Matter’- Okorocha Speaks After Released By Police