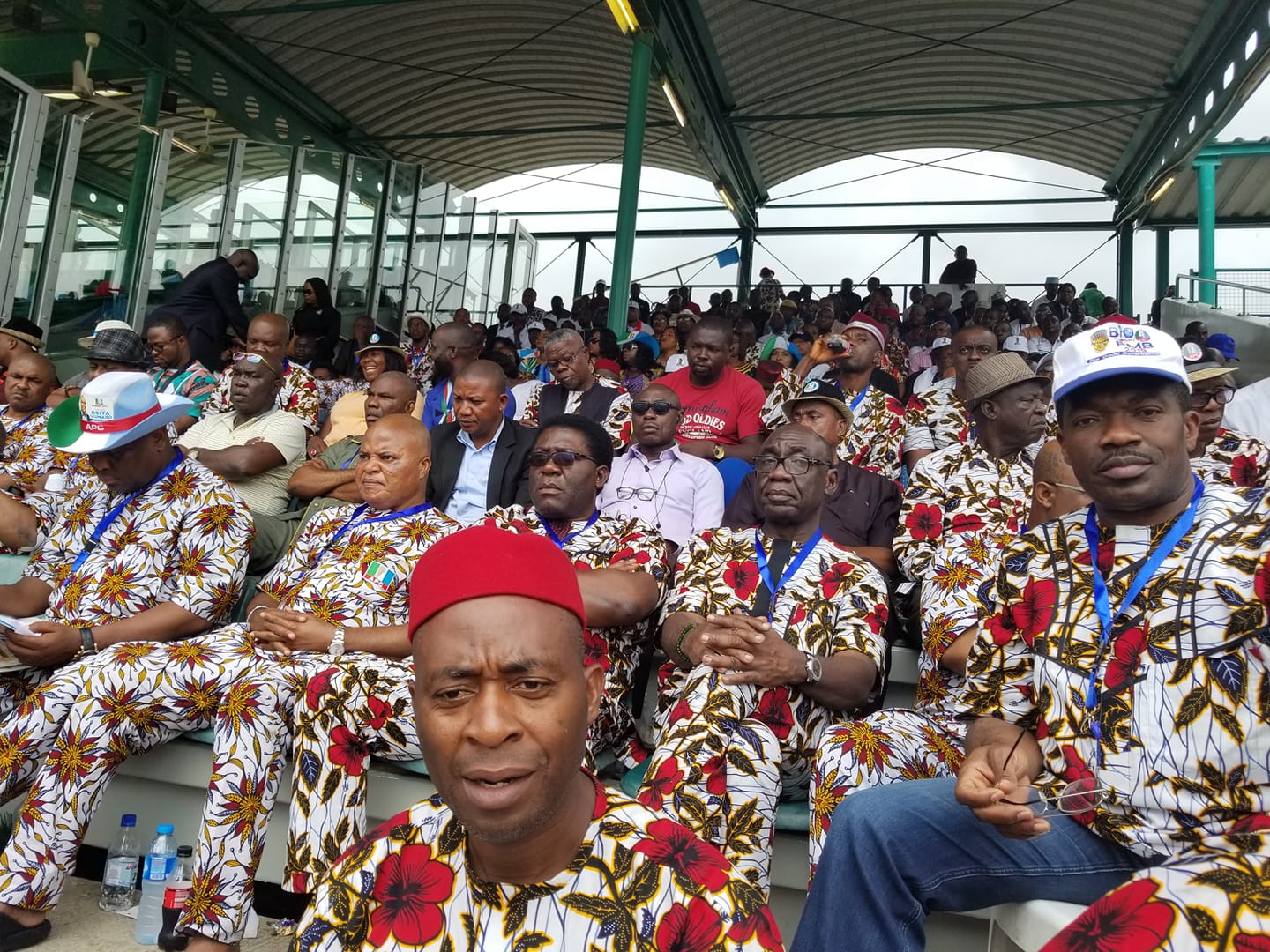 Two rival camps in the All Progressive Congress, APC in Imo State entered into a compromise at the ongoing national convention of the party holding in Abuja, the nation’s capital.

The compromise was brokered by the Chairman of the National Convention Planning Committee and Governor of Jigawa State, Mohammed Badaru Abubakar.

Delegates of the two factions from the State have now being stopped from voting at the convention. The two camps had fielded candidates for the position of National Organizing Secretary.
.
“With the agreement we had with the two groups in Imo, we said for the interest of peace and progress of the party, we agreed that they should not vote.

“So, we thank the leaders of the two groups, Gov. Rochas Okorocha and Sen. Osita Izunaso for this sacrifice.” Gov Abubakar said

Governor Rochas Okorocha is sponsoring Hon Emma Ibediro for the position of National Organizing Secretary, a position zoned to the South East.

Senator Osita Izunaso is up against Okorocha’s aide after two contestants Hon Longers Anyanwu and Rex Anunobi (Sokom) had stepped out of the contest.

Meanwhile reports available to this newspaper indicate that supporters of Imo State Governor and those of Senator Osita Izunaso almost engaged each other in a free for all fight in the early hours of Sunday.

The situation was later brought under control by security operatives

There are strong indications that the result of the National Organizing Secretaryship position will not be announced considering the high tension the matter generated.

Izunaso belongs to the Coalition in Imo APC made up of party chieftains opposed to Governor Okorocha who lost out in the Ward and Local Government Congress in the State.

Okorocha is fighting his biggest political battle at the convention in a bid to redeem his political image.