Ohakim apparently reacting to the clash of Imo delegates at the APC national convention in Abuja frowned at the incident, harping on character as a key instrument to manage political conflict.

“Please put on your seat belt, the whether is changing, Imo is heading towards a massive turbulence!! Say after me;

In another post which he uploaded pictures of Imo delegates including that of the Deputy Governor, Prince Eze Madumere who was a victim of the attack at the convention venue, he wrote on the need for leaders to be respected.

“No matter what, we must respect our leaders, Rochas included. Never, I repeat never abuse or manhandle those in authority. I refer to this picture and also what happened to our spiritual father during a burial church service some time ago in Imo State.
HE Prince Madumere is still our Deputy Governor. Very disgusting” he wrote.

Ohakim is staging a come back to Government House, Owerri after governing the State from 2007-2011. He announced his intention to return as Governor of the State in February 2018.

Since then, he had engaged in verbal and fierce altercations with the Okorocha administration. 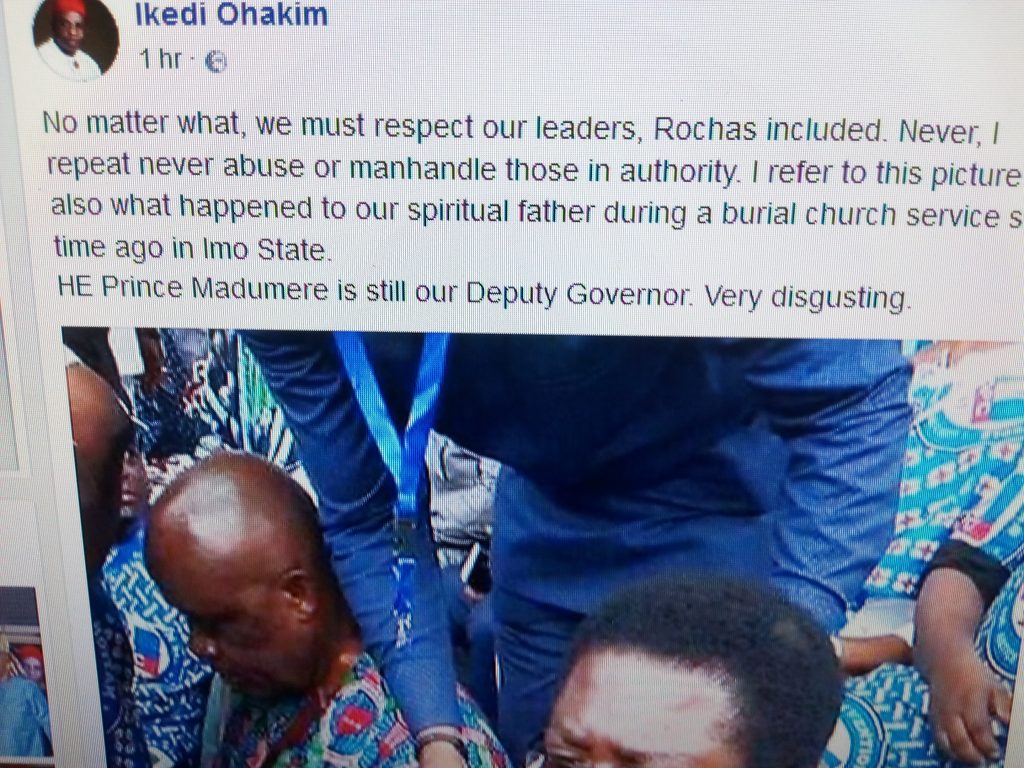 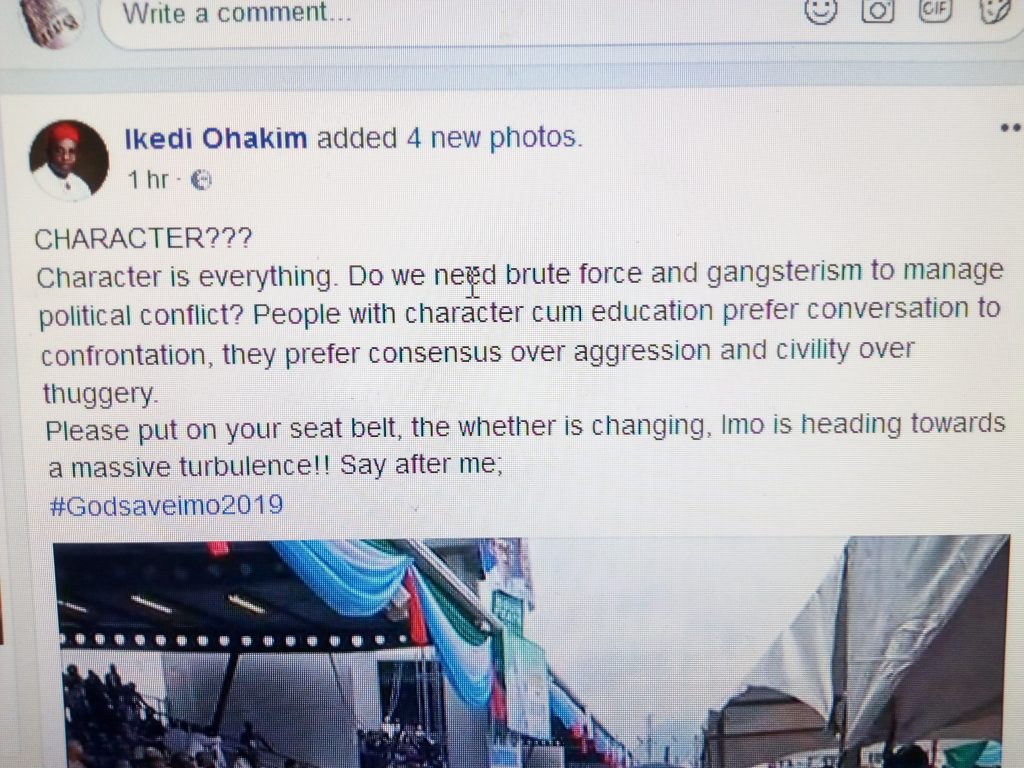 innonews - April 24, 2018 0
The most talked about housemate in BBNaija show looking charming in her gorgeously styled dress by Stylist Moses Ebite. BamBam has been everywhere doing various...

innonews - July 17, 2018 0
Over N254 billion naria is required to carry out the 2019 general elections in the country. President Muhammadu Buhari had in a letter to the...