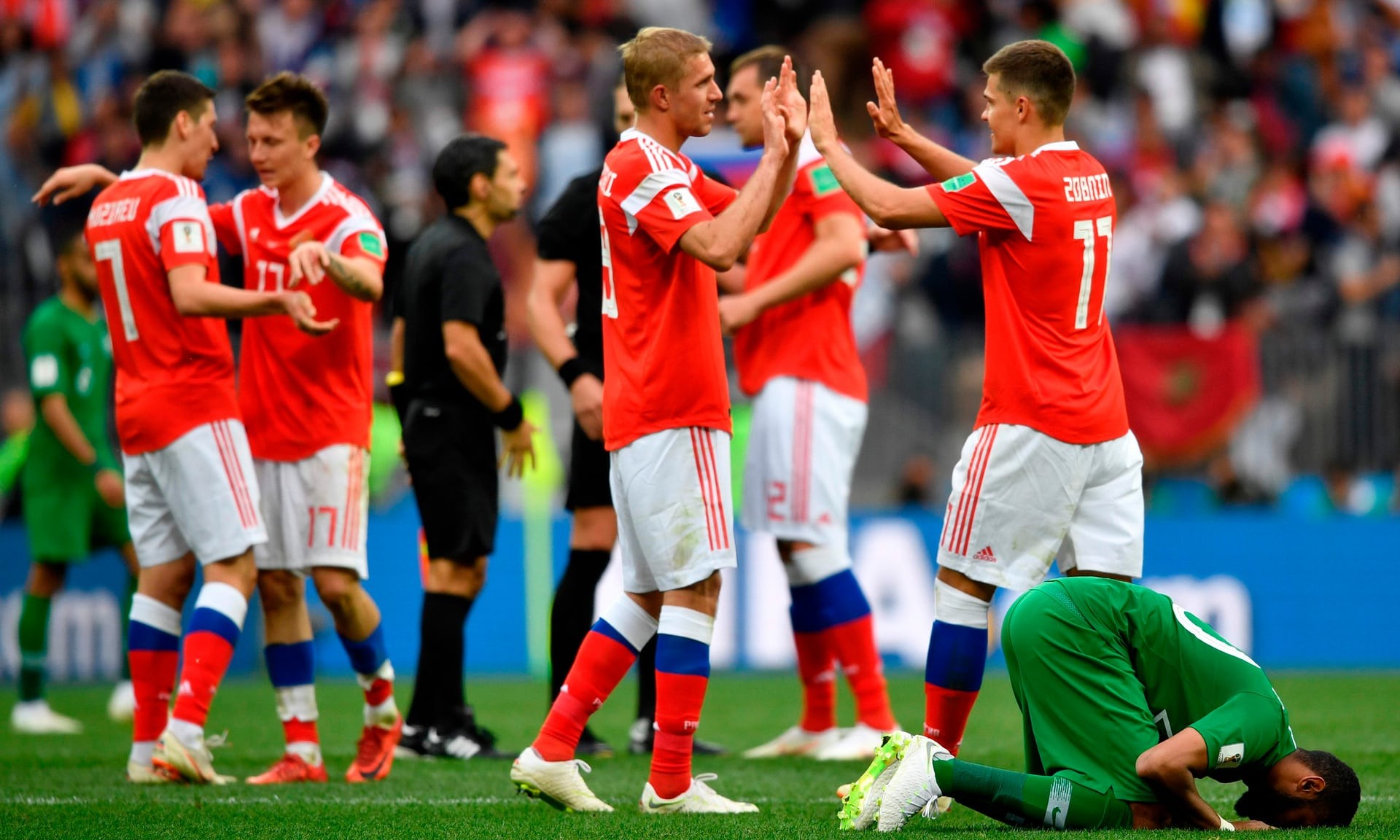 Yuri Gazinsky opened scoring in the 12th minute scoring with a header.

The second, third and fourth goals were scored by substitutes by Artem Dzyuba and two from Denis Cheryshev.

Aleksandr Golovin scored the fifth goal through a free kick.

Saudi Arabia played on the average as their badly tired defence was unable to withstand the ferocious pace of the rampaging and pacy Russians.

innonews - May 14, 2018 0
The ward and local government congresses in Imo State seem to have drawn a battle line between Imo State Governor, Rochas Okorocha and the...

innonews - August 31, 2019 0
The end to ongoing rumbling in Imo State Council of Traditional Rulers is not in sight. Barely few days...

innonews - January 30, 2018 0
The Imo State Government has rolled out names of new political appointees in the state who will serve as aides to the Governor, Rochas...

Imo 2019: Will Uche Nwosu Decamp To Another Political Party?

innonews - November 23, 2018 0
As the deadline for the substitution of names of candidates by INEC draws near, the political fate of Governor Rochas Okorocha son in law,...