A letter signed by the party’s national secretary, Hon Mai Mala Buni reads in part“ Your selection to serve into the Board is in recognition of your laudable contribution upon joining the party and the recommendation of critical stakeholders of the party from the State”

Read Letter of Appointment Below: 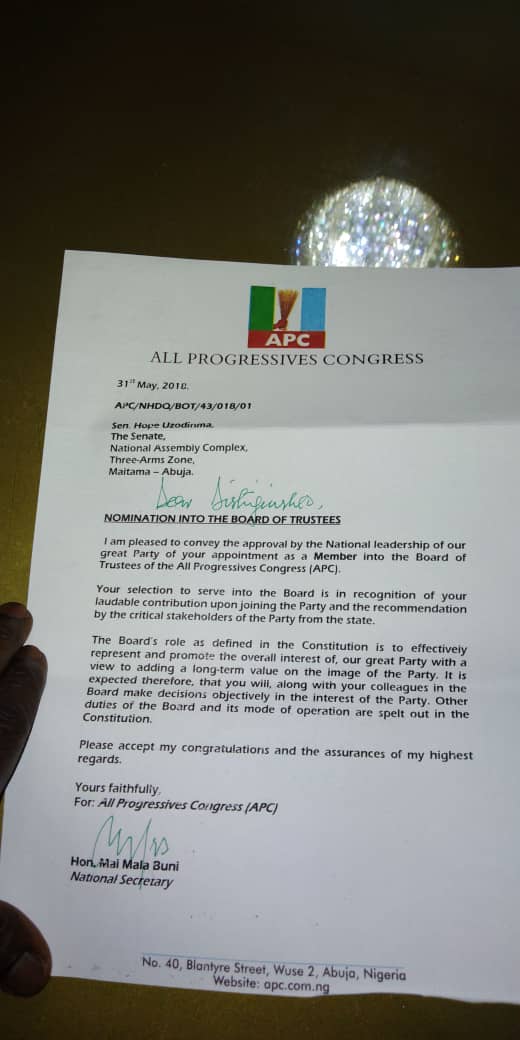 innonews - March 19, 2019 0
The Independent National Electoral Commision, INEC has opened up on what it will do about the controversies surrounding Imo West Senatorial election.

innonews - May 13, 2018 0
The Nigerian Police Force has paraded four Principal suspects it said were arrested "for criminal conspiracy,  forgery, theft and unlawful possession Of APC Ward...