Home Viewpoint Why Are There Too Many Governorship Aspirants In The South? BY DR.... 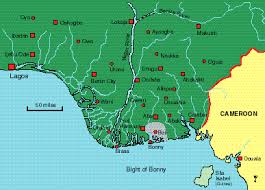 Our history books would reveal to us that during the slave trade era, prospective slaves could be sold as cheap as one head of tobacco for as many as 10 adult male slaves and 12 females. On reaching the shores either Europe or North America, a healthy slave could be sold for 10 boxes of Tobacco, thousands of yardages of different clothing materials particularly wrappers such as good Judges, wax, velvet, etc.

It was for this reason that many people got into the slave trade because of its lucrative nature – get rich quick syndrom. That was then until slave was completely abolished in 1838.

At the end of slave trade, those merchants who had established various channels of commercial trading resorted to buying and selling of palm oil and kernel. Before long as the usefulness of these two important extractions was developed overseas, produce buying and selling became increasingly and fastly lucrative. Many people in Africa, particularly in the Southern parts of Nigeria where Palm trees were found to be plentyful, many former slave traders became produce merchants.

Today if we dig deep into our historical past, we will not find it difficult to establish link between the earlier produce merchants constituting the foundation of many rich families today, particularly in Igbo ethnic nationality.

Furthermore, since there has been enormous development in commercial activities such as electronics, cosmetics, merchandise of different kinds including food items, medicaments, etc, enterprising commercialism has blossomed throughout Nigeria and in Southern Nigeria.

On the other hand here in Nigeria, particularly in the South, since 1979, many people with strong financial base have gradually abandoned their well established businesses and have turned to politics as a money making venture.
Ordinarily, early Philosophers such as Socrotes, Plato, Aristotle whose ideas gave rise to the emergence of Politics as a process of organising different States for the existence of law, order, peace and tranquility which the ultimate results bring development and happiness to every community. Thus, polItics emerged in order to inject stability and sanity in the society.

Thus, the emergence of different Governments and their concomitants was a by- product of civilization to ensure that each state and country is well organised and regulated where law and order should exist.

Here in our Country, particularly in the South, Politics has now been transformed into a lucrative commercial venture worthy of investment and waiting for the return of profits like every business.

Be that as it may, people see the occupancy of State House as the fastest means of wealth accumulation in addition to weilding of enormous powers in the administration of government functions.

Principally, these are the reasons why there are always many aspirants coming out for the Governorship seat in every state. Unfortunately, the number has continued to increase with every passing election.

Today, as the 2019 General Elections were fast approaching, many aspirants have indicated interests to run for different Governorship races in the South East where the election would be conducted.

Why? Because many are indeed contenders who believe that “if you don’t lay raffle, you never will win.” There are many others who want to join the crowd in case they may have purchasable political value for settlement. These could be described as “UP FOR SALE ASPIRANTS.”

Finally, there are those who are just busy body persons, they simply want to be reffered to as “Your Excellency.”
Although, in our political structure today, we have over 67 political parties. I am sorry to say it, none of them except the Labour Party has the attributes and components to qualify them as Political Parties.

In fact, if properly disected and analyzed, this is the principal reason why Political Parties in our country continue to have perrinal problems. Because they are mere assemblage of persons without ideologies.
However, for the meantime, we can continue to tolerate them as Political Parties, but there will be no end until Party Politics in this country is fundamentally restructured to make room for 2 or 3 political parties with strong, identifiable and cohesive ideologies.
Indeed, it is a matter of scriptural injunction, “let the weeds and weath grow together. At the end, the farmer would get rid of the weeds (Matthew 13: 30).” But is this how it should be? CERTAINLY NO

Synthesizing The Minority Judgment Of The Supreme Court In The Ondo Governorship Case And Accentuating The Ticking Time Bomb For APC. By Prof Nnamdi...

innonews - March 23, 2020 0
Governor Hope Uzodinma of Imo State has sworn in his Commissioners and inaugurated 89 aides who will function as Special...

innonews - July 7, 2020 0
Outdoor advertising practitioners in Imo have called on the state government to harmonize fees and taxes for bill board placements to ensure...