*BY TONY UDEH*.
Ongoing killings across the country and bad governance were two key factors that motivated Catholics to embark on procession along major streets of Owerri on Tuesday.

The Archbishop of Owerri Catholic Diocese, AJV Obinna told newsmen at the Diocesan headquarters in Owerri that the killing of two priests in Benue State by suspected Fulani herdsmen were quite provocative.

The procession led to traffic gridlock in Owerri metropolis as priests, catholic bishops and faithful called on the Federal Government to protect the citizenry.

They carried placards with various inscription and expressed concern how Christians have been marked for elimination.

The Archbishop called on the Federal Government to bring the culprits who murdered the two priests to book.

“We are having killings which do not show that we have left the military era . There have been inter -tribal marriages in Nigeria and the people have lived in harmony until the rampaging herdsmen made cohabitation an issue , ” he said 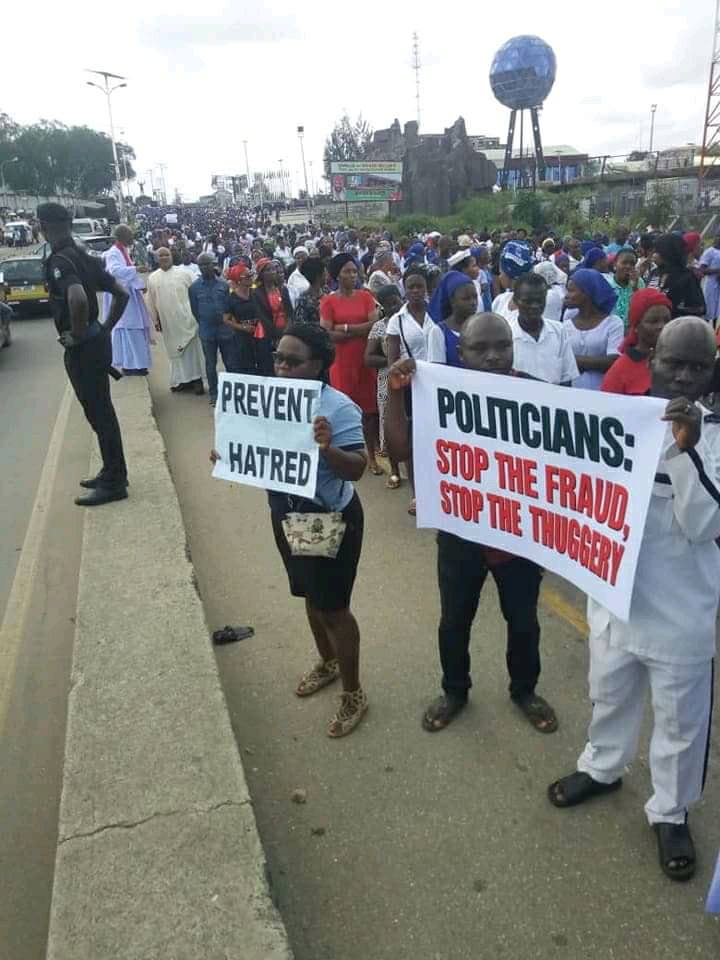 innonews - March 28, 2018 0
20 members of the Imo State House of Assembly have once again reaffirmed their support for Chief of Staff, Government House Chief Uche Nwosu...