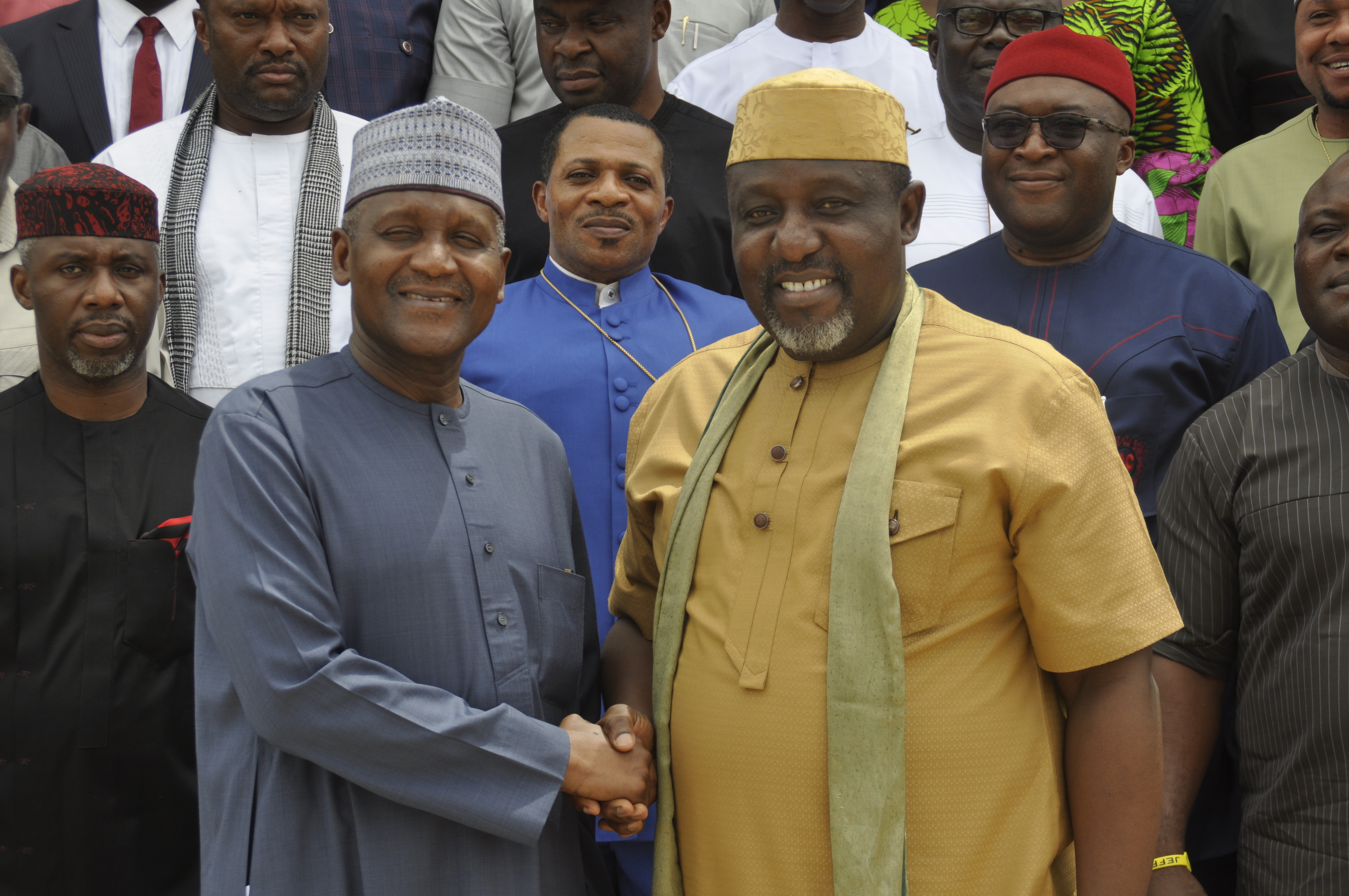 A mega cement factory run by Dangote Group has been opened in Owerri, Imo State. Opening of the cement house was carried out by President Dangote Goup, Alhaji Aliko Dangote.

According to a statement by Sam Onwuemedo, Governor Okorocha’s Chief Press Secretary, the event took place on Monday, July 2, 2018.

Alhaji Dangote and his entourage had earlier paid Courtesy Call on the governor at the Government House Owerri.

In his speech, the governor commended Alhaji Dangote for his outstanding empowerment initiatives through employment and building of industries adding that before now there was no presence of Alhaji Dangote in Imo State.

The governor described Alhaji Dangote as a bridge builder and a very humble man who believes in Nigeria and in humanity without minding religious differences or where one comes from, adding that Alhaji Dangote deserves every honour in this country.

According to the governor, “The man Dangote is humble about his wealth. He does not show undue strength with his wealth”.

The governor continued “Dangote Cement has sold more cement in Imo State than it has done in any other part of the Country because of the infrastructural revolution going on in the state. Imo State today is a new state. The wealth of Nigeria is in Imo untapped because of the presence of high quality gas in the State. And the gas-plant in the state is yet to function. I appeal that Alhaji Dangote would partner with the state in this regard.”

Alhaji Dangote commended Governor Okorocha for the good works he is doing both in Imo and in Nigeria in general, and for providing enabling environment for business ventures and socio-economic activities to strive in the State.

9th Imo House Of Assembly Standing Commitees At A Glance