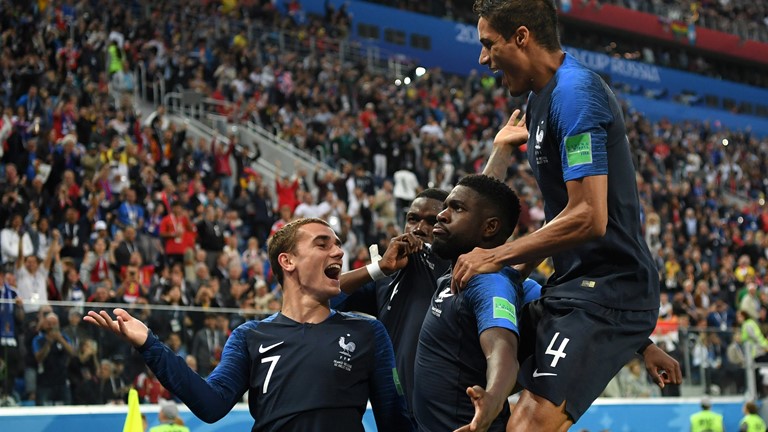 Samuel Umtiti’s second half header was all France needed to beat Belgium 1-0 to head into the Final of the 2018 World Cup in Russia.

In a tournament replete with set piece goals, France young squad took advantage of a corner kick which proved decisive when Umtiti perfectly met Antoine Griezman’s delivery six minutes into the second half.

innonews - March 4, 2018 0
Governor Rochas Okorocha of Imo State has said no amount of blackmail will stop his Chief of Staff and son- in law, Uche Nwosu...

945 Megawatss To Be Added To National Grid- Fashola

innonews - October 18, 2018 0
Minister of Power, Works and Housing, Babatunde Fashola, made this disclosure at the Nigeria- South Africa Chamber of Commerce breakfast business meeting in Lagos...

innonews - April 23, 2018 0
Allege Intimidation, Harassment of Coalition Members A coalition of stakeholders in Imo State chapter of the All Progressive Congress, APC have issued a 21...