Father of France World Cup Winning striker, Mr.Wilfred Mbappe has revealed why his son, Kylian Choose to play for France instead of his home country Cameroun.

A tweet by the older Mbappe said he approached an official at the Cameroun FA who asked for graft before his son(Kylian) could play for his home country.
READ TWEET 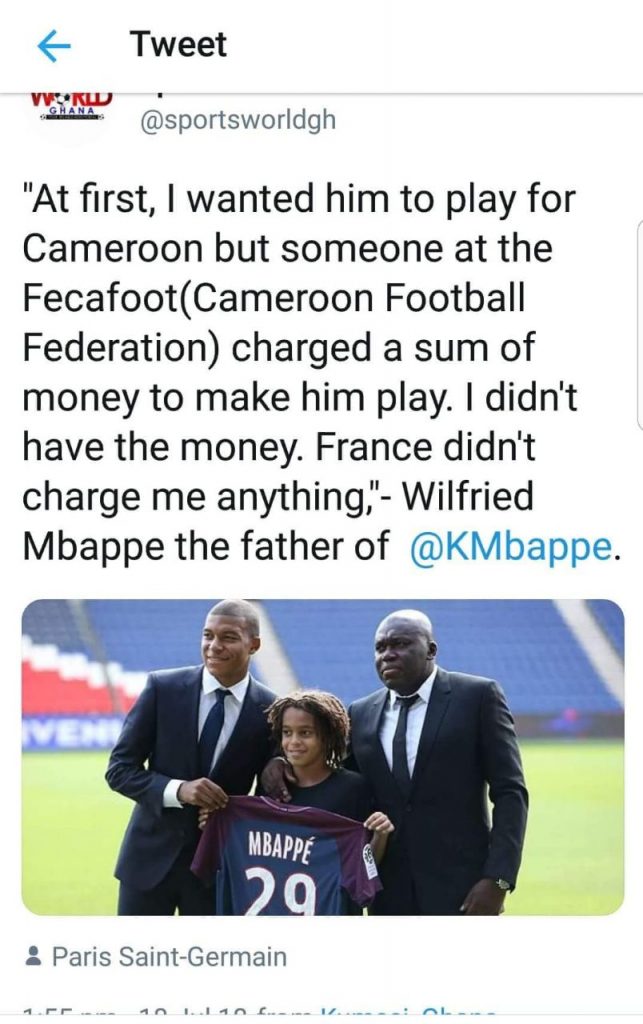 innonews - January 5, 2020 0
The South East should not be talking about the 2023 presidency. This is the take of Senate Minority Leader, Senator Enyinnaya Abaribe.

innonews - April 5, 2018 0
A Development Plan for the overall development of Imo State is underway. The plan is a blueprint outlined by Mezie Imo Movement run by a...

innonews - October 13, 2022 0
A chieftain of the All Progressives Congress, APC in Imo State, Hon Frank Ekezie, has said the Peoples Democratic Party,  PDP and...