Home LEAD STORIES Ohaneze: We Have Nothing Against Buhari, Our Future Is In God’s Hands 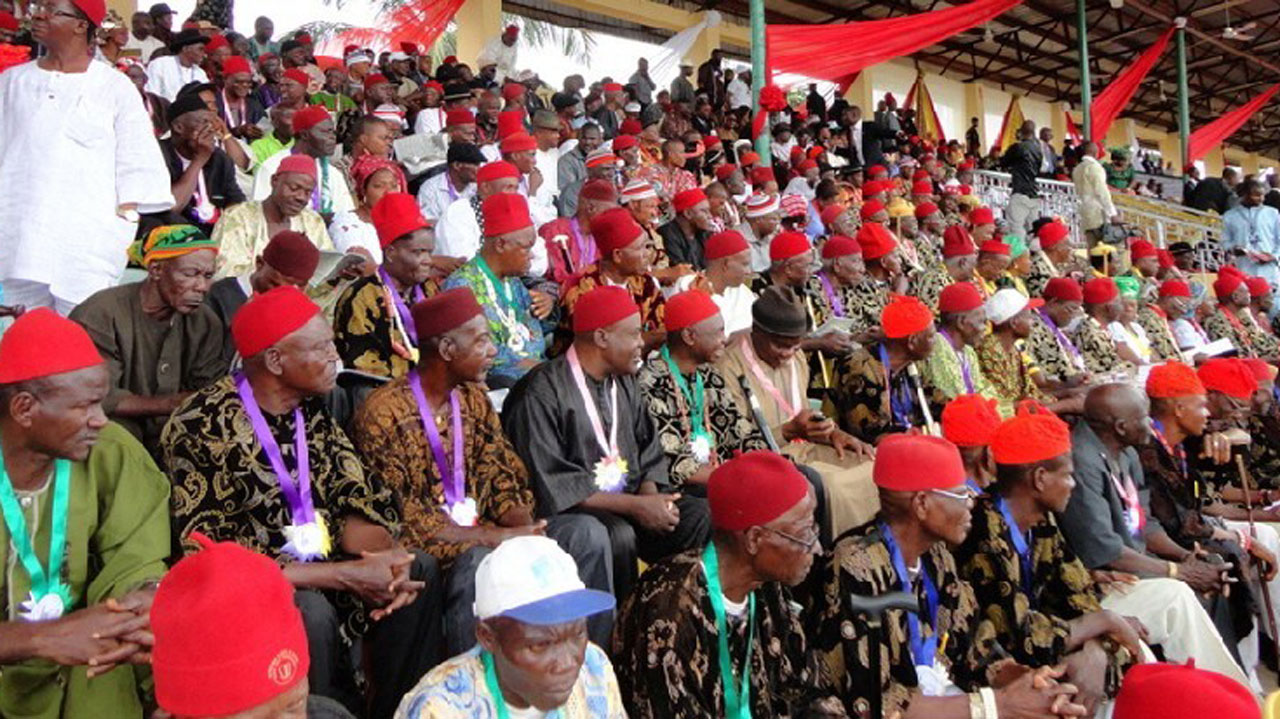 The apex Igbo socio cultural organization, Ohaneze Ndi Igbo has said the political future of the region is in God’s hands.

It said it has nothing against President Buhari’s intention to seek re- election in 2019.

In a statement by its spokesman, Chuks Ibegbu, he said ““The political future of Ndigbo lies on God and not on any man. Nobody should play God over the political fate of Ndigbo.

“We have nothing against President Buhari’s re-contest but nobody should threaten or cajole us with that. The actions, utterances and activities of any presidential candidate for 2019 will determine if Ndigbo would identify with his or her aspiration in 2019” the statement stated.

Ohaneze was reacting to comments credited to the President who was represented by the Secretary to the Government of the Federation, Boss Mustapha at South East APC mega rally held at the Dan Anyiam Stadium in Owerri.

The rally was organized by Governor Rochas Okorocha of Imo State but was boycotted by the five ministers in Buhari’s government, party leaders from the zone and others.

He had said, “2019 is an election that will make or mar the chances of Igbo in Nigeria. I want Igbo to make a paradigm shift.”

innonews - July 16, 2017 0
The Supreme Court verdict that confirmed Ahmed Makarfi as the authentic national Chairman of the PDP has indeed revived the Imo state chapter of the...

innonews - November 7, 2018 0
The All Progressive Congress, APC governorship candidate in Imo State, Senator Hope Uzodinma has said the APC would retain Imo State because he is...