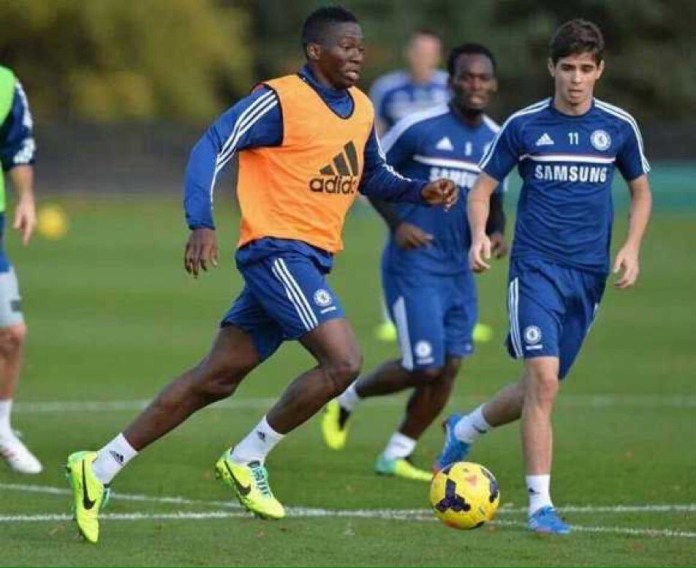 Reports said the Nigerian defender arrived Chelsea’s Cobhams training ground on Thursday and spent the day in the gym.
Since he joined Chelsea five seasons ago, he has been away on loan. He posted a photo of himself undergoing fitness at the Blues on his instagram page.

Omeruo has played on loan at Dutch side, ADO Den Haag, English Championship side, Middlesbrough and Turkish clubs, Kasimpasa (twice) and Alanyasor.

The defender was part of Nigeria’s squad to the 2018 World Cup in Russia, where he played two of the Super Eagles’ three games in the group stages.

innonews - April 19, 2018 0
Vice President Yemi Osibanjo On Thursday hosted a member of the House of Representative, Hon Tony Nwulu on the Not Too Young To Run...