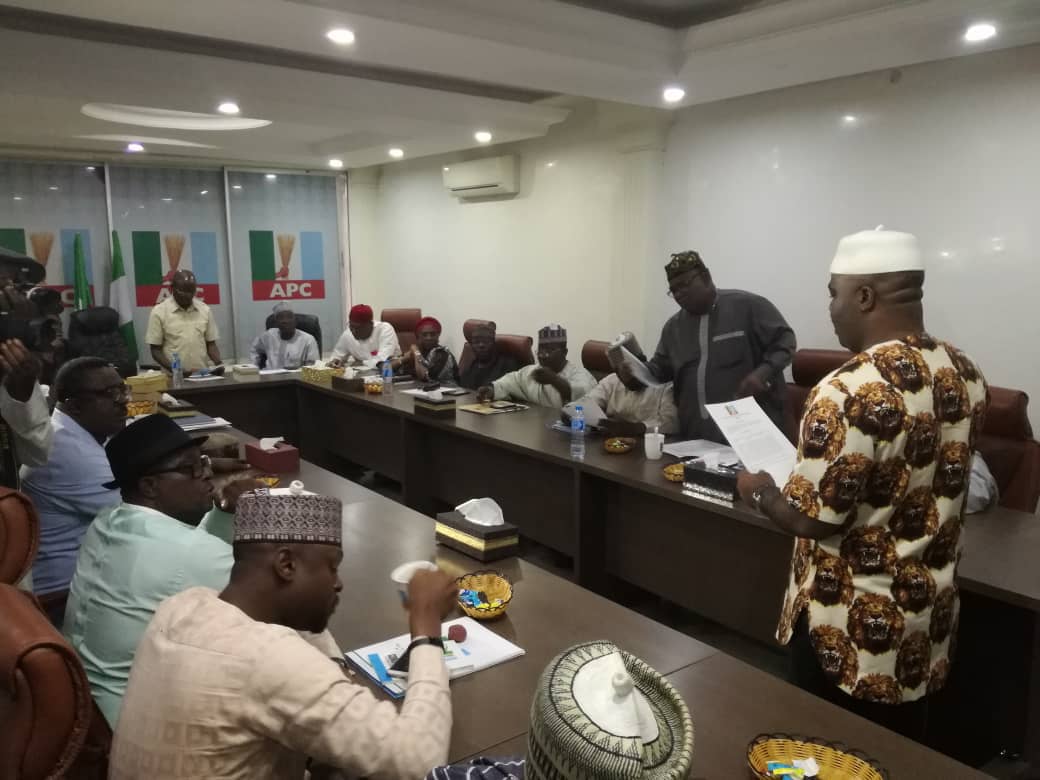 Pictures surfaced on the social media yesterday showing the parallel State Executive of the All Progressive Congress, APC in Imo State led by Daniel Nwofor being inaugurated by the National Chairman of the APC, Comrade Adams Oshiomole.

The inauguration is coming on the heels of fresh congresses held by the Okorocha faction of the APC in Imo State.

The out-gone National Working Committee, NWC led by Chief John Oyegun had approved an earlier congress of the party which favoured the “Allied Forces” in the party producing Chief Hilary Eke as the Chairman of Imo APC.

innonews - October 5, 2018 0
*BY RALPH EJIMKOMYE* National Chairman of the All Progressive Congress, APC, Adams Oshiomole has said the party is working on setting up electoral panels for...

innonews - April 20, 2020 0
Airports across the country will remain closed for two more weeks. This was announced by the Minister of...

innonews - March 1, 2021 0
It is regrettable that the continual clash between herdsmen and farmers in Nigeria seemed to have defiled the wisdom of Buhari's administration to manage....