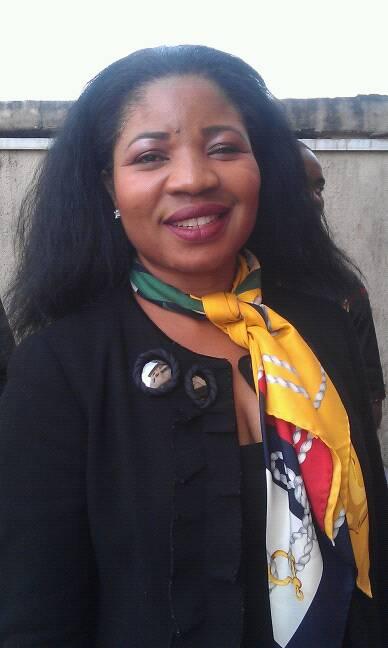 As the 2019 governorship election in Imo State draws near, the contest has recorded its first female aspirant.

She will be driving her ambition on the platform of the Independent Democrat, ID.

Speaking to newsmen after holding a consultative meeting with ward and Local Government officials of the party in the State, Mrs Omeogu- Ogbuta expressed worry at the depth of underdevelopment in the State, stating that such anomaly will be corrected when she is elected Governor of Imo State in 2019.

Mrs. Omeogu Ogbuta who has been resident in the United States in the last 20 years promised to use her wealth of experience to bridge the gap between the poor and the rich, adding that she will also place emphasis on good governance if elected.

She said she is very passionate about Imo State as she has workable plans and policies aimed at restoring, recovering and repackaging the State by offering quality leadership.
She echoed her belief in equity, justice and fairness which her party represents and stands for.

The medical practitioner said the time has come for women to be also given the opportunity to govern the State.

According to her, her priority if elected Imo State Governor will be on affordable healthcare, provision of quality education, construction of durable road network across the State, creation of job opportunities to thousands of unemployed Imo youths, women empowerment, encouraging growth of industries and reduction in rural- urban migration.

She called for the support of all and sundry mostly women for her governorship ambition as she expressed optimism that she will emerge victorious at the polls.

She will soon announce her declaration publicly where she is expected to unveil her comprehensive plans for the development and growth of Imo State.

innonews - April 25, 2018 0
*BY CHIDI ABBAH* *I Have No Hand In It- Nwosu The taxi cab painting policy of the Imo State Government took a new turn yesterday when...

innonews - April 29, 2021 0
There is uncertainty over the Eastern Palm University, EPU, Ogboko, in Imo State,renamed Kingsley Ozumba Mbadiwe varsity, as the State government and...

innonews - April 19, 2020 0
Another calamity in the mould of a big fire outbreak is imminent in the country. This was predicted by...

innonews - September 17, 2018 0
Liverpool striker, Mohammed Salah has said there is no truth in rumours that his team mate, Sadio Mane is selfish. He said rather there is...