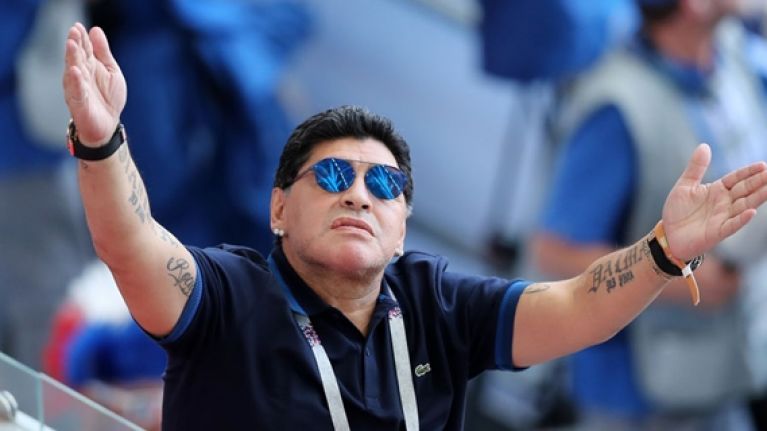 Argentina legend, Diego Maradona has accused American referee, Mark Geiger of favouring England in its Round of 16 tie with Colombia at the ongoing World Cup in Russia.

Colombia lost 4-3 on penalties to England

Diego said: “I saw a monumental theft. I apologise to all the Colombian people, but they must know the players are not to blame.

“It is the man who decides who the referee is who is to blame. A man like that (Geiger) should not be put in charge of a game of that magnitude.

“With all due respect, Pierluigi Collina, as the man who designates the referees, he is very bad.

“He must apologise to the Colombian people.

“The referee will know a lot about baseball, but he has no idea about football.

“The Colombian players asked for VAR and he did not give it to them. “Twice the English threw themselves to the ground and he did not admonish them. This was theft.” Diego said

Uzodinma Opens Up Plans For Imo If Elected Governor

innonews - August 27, 2018 0
A governorship aspirant of the All Progressive Grand Alliance, APGA in Imo State, Hon.Uche Onyeagocha has distanced himself from media allegations that he is...