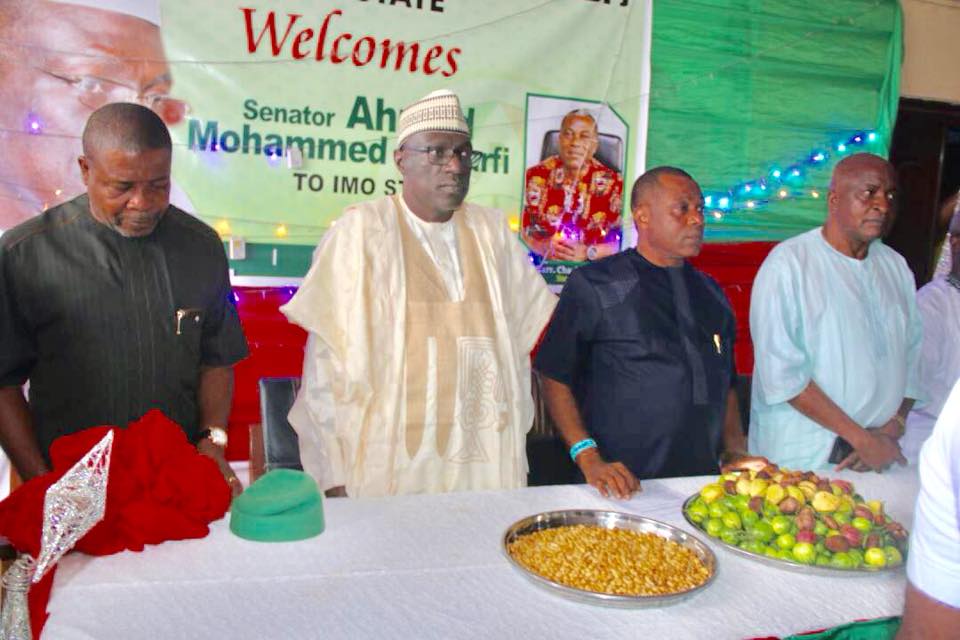 Makarfi is widely speculated to be interested in running for the Presidency in 2019.

His visit to Owerri is therefore in line with widespread consultations with party chieftains across the country.

Speaking at the party secretariat in Owerri,  Makarfi called on the leadership of the party to stay focused vowing that the PDP will reclaim power at all levels in 2019.

He said Nigeria will witness true change if given the opportunity to lead the nation again.

In his remarks, the Imo State Chairman of the PDP, Barr Charles Ezekwem said the PDP in Imo State is committed to the efforts initiated by the national leadership of the party to ensure the nation is recovered from the grip of the APC in 2019.

innonews - July 9, 2020 0
FIFA has ordered that the Video Assistant Referee (VAR) reviews be applied uniformly across all competitions, as they take over direct responsibility...

ANALYSIS: Imo APC, Its ‘Unsolvable’ Problems And Battle For 2023

innonews - July 22, 2020 0
The All Progressive Congress, APC, in Imo State, catapulted itself to become the ruling party in the State, via the Supreme...