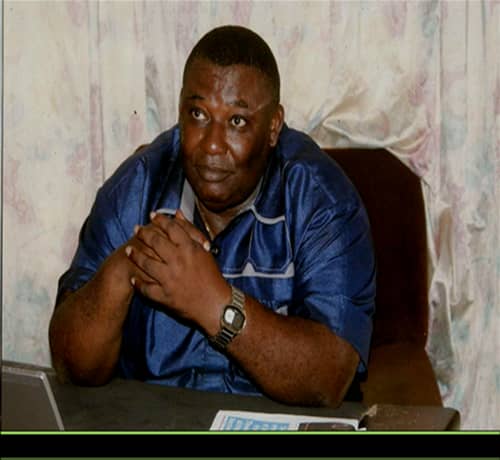 Following a recent consensus pressuring Governor Rochas Okorocha to run for the Orlu zone senate seat in the forthcoming elections, the Special Adviser to the Governor on Inter Party Affairs, Hon. Steve Orji has called on Orlu citizens to urge the governor to contest for the position.

Addressing stakeholders and representatives drawn from the twelve local governments in Orlu zone on Tuesday at the Orlu hotel, Hon. Orji maintained that what successive governments has done in the state was not equaled to what Governor Okorocha has done since assumption of office.

Hon. Orji who is the convener of the meeting added that the need for him to vie for the position became pertinent in the face of his achievements in the state.

The former lawmaker and Majority Chief Whip that represented Orlu state constituency said the governor’s position in the contest, would not only serve as a focal point to other aspirants under the All Progressives Congress, APC, to sweep all stakes at the poll, but would also serve as the motivation and power in Imo APC.

While enjoining them to take the campaign to others in the party, he informed of the local government elections holding on Saturday and advised them to play active part to ensure that the right people assume leadership at the state councils.

Lending her voice, the Commissioner For Secondary Basic Education, Hon. Florence Chizoba said the emergence of Owelle to the Imo State Government house has been a huge success, adding that if it was constitutionally possible, they would have opted for a third term. She affirmed that Okorocha as a good ambassador of the zone has spurred them to form a support base for him to continue the good work.

The Deputy Woman leader, Nkwerre who also spoke, praised Uche Nwosu as the right candidate not only for Nkwerre but to represent Imolites, while she thanked the initiator of the idea.

In an interview with Hon. Steve Orji, he stated that the move was a wake up call for them to galvanise support for the governor, whether or not he has made up his mind to contest, adding that, the call also became necessary as the Independent National electoral Commission, INEC has released election timetable for all seats to be occupied in the general elections.

He stressed that Orlu zone being the largest LG in the state; they are yet to find an aspirant from the zone, whose records stands out like that of Owelle Rochas Okorocha.

“Okorocha being an Orlu man has performed wonderfully well, compared to other leaders of the state, both civilian and military, Owelle’s achievements has submerged them. Even if another aspirant indicates interest, they may not have the capability and antecedents as Owelle to represent us”. He said.

He however enjoined the zone to massively throw their weight in support of Uche Nwosu’s guber bid, while advising them not to fail the seat of governance

innonews - March 22, 2020 0
BY: JANE UKONU The fear of coronavirus has forced the postponement of the stakeholders meeting of the All Progressive Congress,...

Okorocha Presents Budget of Consolidation And Continuity Of N190,921,290 For...

2 Months, 22 Days After Inauguration: Uzodinma’s Aides Yet To Get...

innonews - June 13, 2020 0
Aides appointed by Governor Hope Uzodinma of Imo State are yet to receive portfolios or designations, 81 days after they were inaugurated...

Why I Retired Iwuanyanwu, Udenwa, Ohakim From Politics- Okorocha

innonews - April 17, 2018 0
In continuation of his boast that he has retired some Imo politicians, Imo State Governor Rochas Okorocha has said he retired politicians such as...