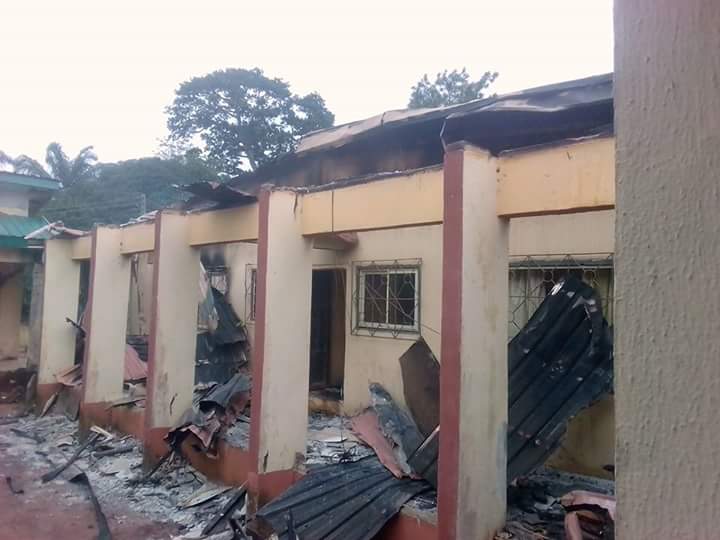 Ahead of the August 25, 2018 local government election in Imo State, fire has rocked a Local Government Council headquarters.
The fire took place at Ezinihitte Inside LGA.

The cause of the fire was unknown as at press time but an eye witness claimed it began early Tuesday morning. Staff of the LGA strived to put out the fire.

Items lost in the inferno include files and documents and offices were razed to the rubble.

Efforts to speak to the LGA Chairman, Mrs China Tycoon Onwumere was unsuccessful as at press time.

innonews - April 26, 2021 0
Senator Samuel Anyanwu has advised religious leaders to pray for the country in over rising insecurity. He challenged them...