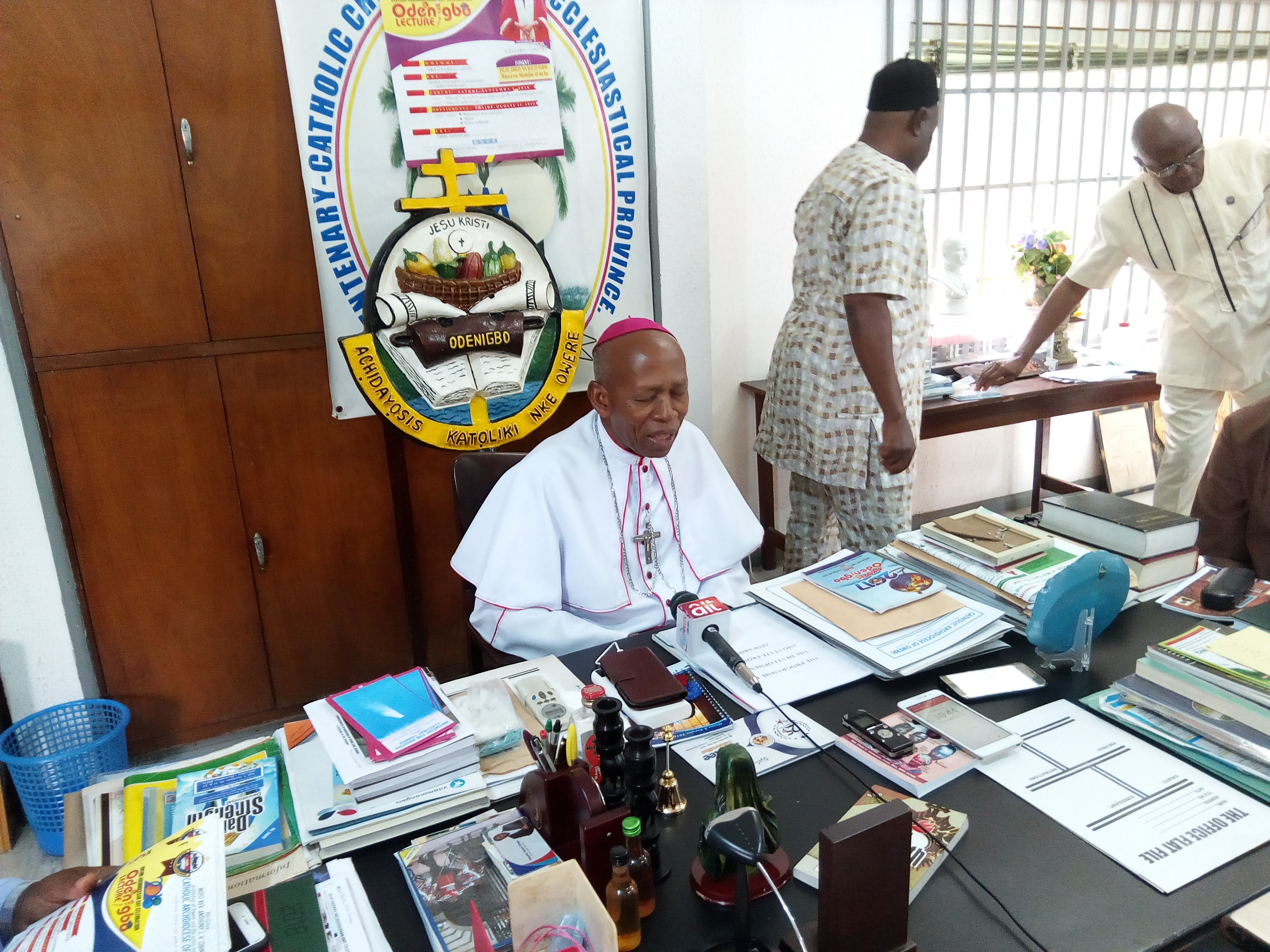 The Archbishop of Owerri Catholic Diocese, His Grace, Archbishop Anthony Obinna has spoken on the wave of defections by politicians across the country.

Obinna who spoke to newsmen in Owerri  on Monday on preparations for forthcoming 2018 Odenigo Lecture series said the ongoing defections is a demonstration of political irresponsibility.

He advised politicians to play the rules of the game and in a Godly  manner.

Speaking on the forthcoming Odenigbo lecture, the Archbishop said the event will hold on August 31st, 2018 and series of activities have been lined up for it.

The theme of this year’s lecture is “Speaking, Writing and Reading Igbo correctly: The Joy and Challenge of the Matter”

He said the lecture series is aimed at cherishing and protecting the Igbo, recalling how great Igbo sons and daughters such as Late Chinua Achebe, Cardinal Francis Arinze and Phillip Emeagwali have been celebrated across the globe.

He said Igbo are also celebrated noting that it is a positive development that the British Broadcasting Corporation, BBC has introduced Igbo language in its broadcast services.

“Despite the great honour we have, we have been dragged down by the desperate search for wealth, Igbo have disparaged their identity and culture. But it is a thing of joy that our God given confidence has continued to make us excel as a people”

He condemned the imprisonment of over 100 Igbo women who took part in a pro Biafra demonstration last week in Owerri describing it as shameful.

innonews - February 2, 2018 0
The Association of Table Water Producers in Imo State have fumed at the high rate of taxation imposed on them by the Imo State...