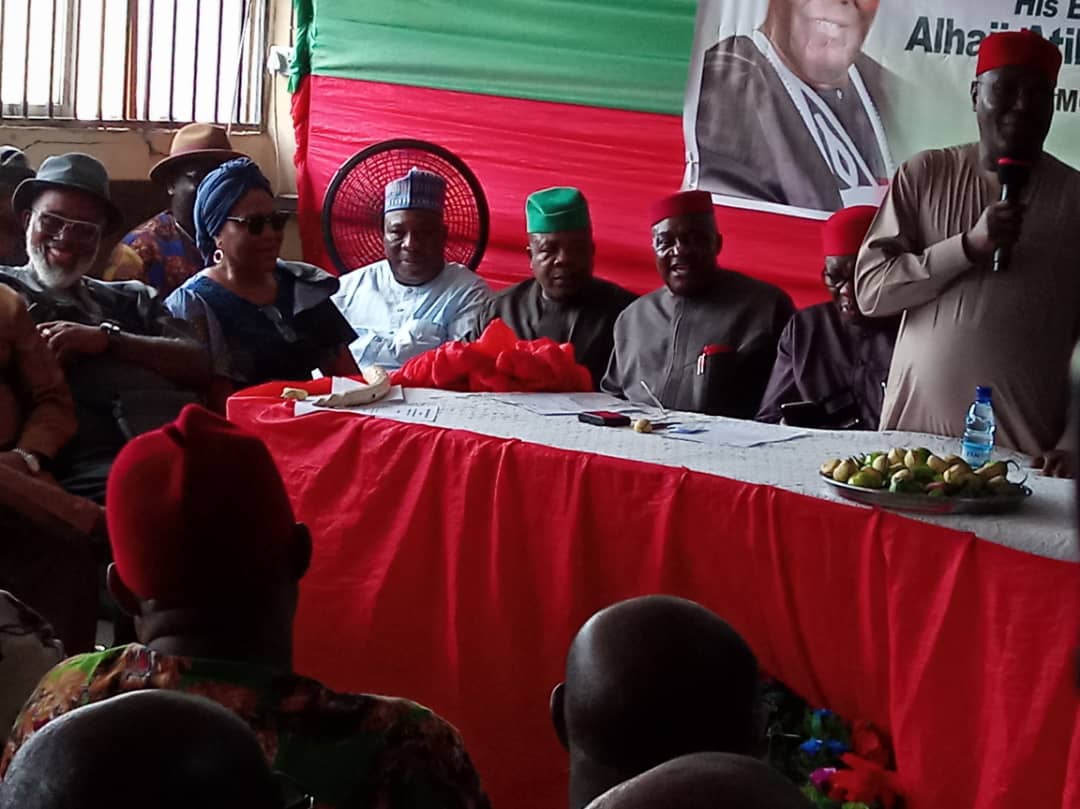 Speaking at the Imo State Secretariat of the Peoples Democratic Party, PDP, Atiku vowed that good governance will be endangered to advance better opportunities for all persons.He said only a PDP government will restructure Nigeria to the advantage of all.

He accused the governing All Progressive Congress, APC of running a clueless, reckless and lawless government which condones fraud and impunity.

“PDP must take back government to restructure Nigeria for the advantage of all persons. With me being President of Nigeria, the evil called APC will die. APC operates clueless, lawless, reckless government which does not carter for the wellbeing of all, but only concerned about enriching their individual pockets to the detriment of the less privileged who produce the wealth of the state, those who government belongs to.

“PDP is the party to reckon with as it has the capacity and acumen to enshrine actual democracy.

“Is it a good thing that over 12million persons lost their jobs in the country since APC rigged itself into power, a party characterized with bad, greedy eggs. We shall restore these lost Jobs and create more for the teeming unemployed citizens” he said.

At the meeting, a BoT member of the PDP, Chief Emmanuel Iwuayanwu described the former Vice President as an intelligent leader, a true Nigerian and the only aspirant who can be fair to the Igbo people in equitable distribution of the nation’s resources.

He declared his support for Atiku’s aspiration, saying he is looking forward to his installation as the President before announcing his retirement from active politics.

Speaking, former Deputy Speaker, House of Representatives, Hon. Emeka Ikhedioha said Atiku is on course to being “the best President Nigeria will have in 2019”.

innonews - July 7, 2017 0
With the judgment of the nation’s apex court awaited on the authentic national leadership of the PDP, the rivalry in Imo State chapter of...

ThankGod Ezeani: Why I Am In Politics

innonews - October 27, 2022 0
Prominent leaders of Owerri Municipal rose from a well attended meeting on Monday, October 24,this year with a resolve to commend Governor...

Okorocha, Keke Operators And The Opposition In Imo State

innonews - October 2, 2017 0
BY IKENNA SAMUELSON IWUOHA# Opposition is the beauty of democracy. Effective opposition is what makes a sitting democratic government to be on its toes. This...