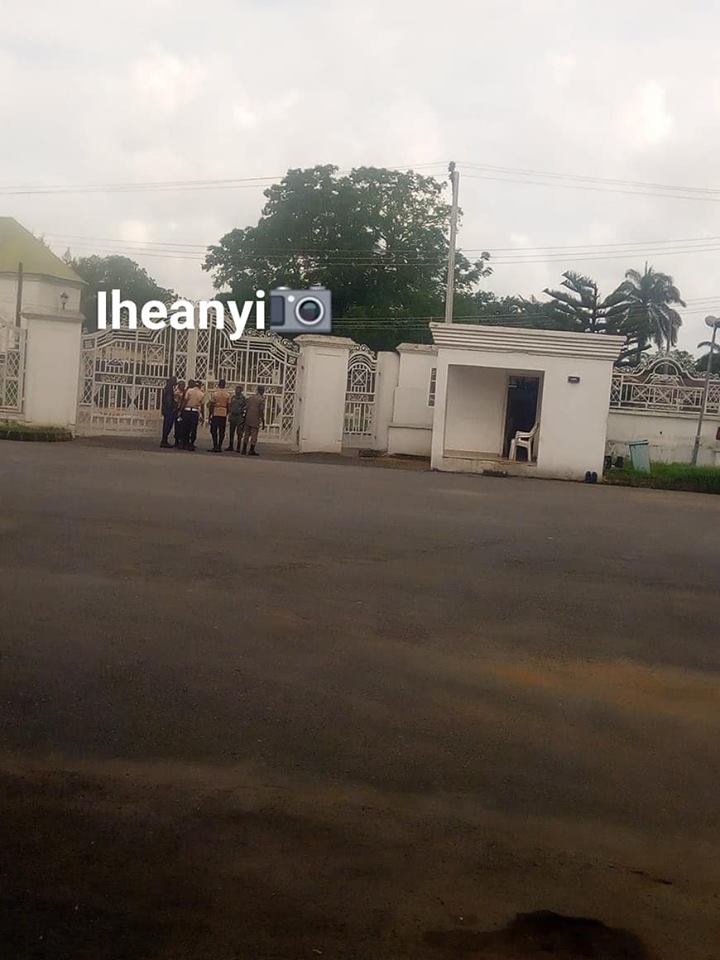 Reports reaching this newspaper indicate that the office of the Deputy Governor of Imo State has been locked.

Details of this development were sketchy as at the time of filing this report. It could not be ascertained who ordered the closure of the Deputy Governor’s office.

Some journalists reported that the gates of the complex were shut since today.

This development is coming on the heels of an Order of the Court that stopped the swearing in of Callistus Ekenze as Deputy Governor of Imo State.

The Deputy Governor, Prince Eze Madumere was impeached by members of the Imo State House of Assembly on Monday barely few hours another Court had ordered the 7 man Panel of Inquiry to halt the impeachment process.

Madumere in a statement had said both the Imo State Government and the lawmakers erred.

innonews - July 13, 2018 0
National Chairman of the All Progressive Grand Alliance, APGA, Victor Oye has reacted on the Supreme Court ruling that declared him the authentic national...

innonews - November 2, 2017 0
The vandalized PDP office in Imo State has been restored and now fully operational. Factional Chairman of the party, Chuks Ajaelu in a statement in...

innonews - March 26, 2022 0
With Senatorial Primaries in the Peoples Democratic Party, PDP drawing close, the big battle for Orlu Senatorial seat is already raging in the...