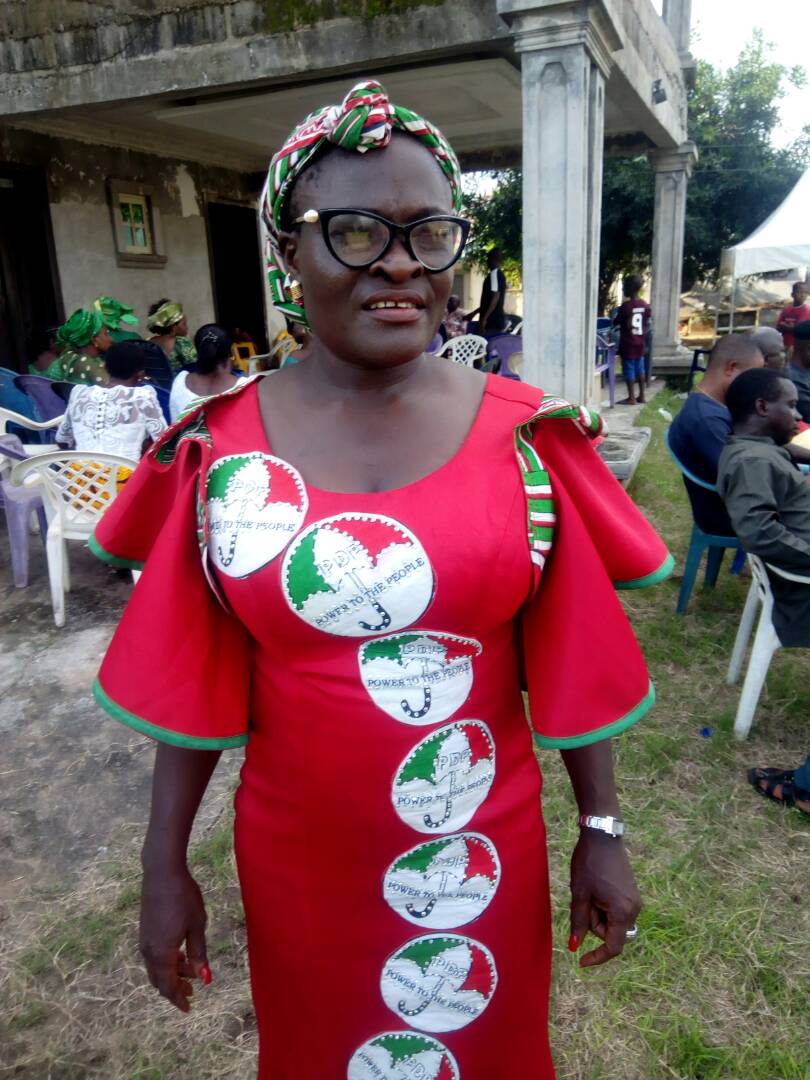 An aspirant for Ohaji/Egbema State Constituency Seat in Imo State in  2019, Hon Gloria Onyemaechi Ndidi, has vowed to give her people quality representation when voted into office in 2019.

She made the vow to effectively and fairly represent the people in the State Assembly in 2019 while addressing the people of Ohaji/Egbema at a political rally organized by the PDP at Obiakpu, Egbema on Saturday.

Hon Gloria Onyemaechi Ndidi, who is a native of Ekugba Community ib Ohaji/Egbema local government area, Imo state, said she has the intellectual, political, social capacity and the charisma to qualitatively represent the people at the hallowed Chamber of the Imo State House of Assembly.

According to the outspoken and easy-going politician, “I was motivated to vie for the Ohaji/Egbema State Assembly position in 2019 under PDP to liberate my people from political, economic and social quagmire through making People Oriented Bills that will be passed into law. I believe women can do better in politics for being active and home builders and managers. This is why there is need to actually bring women into governance. Women have soft mind. I am advising them to embrace good politics for positive change”.

She however appealed to the people to see her as one qualified and fit to represent them well in the Imo House of Assembly in 2019, promising she will not disappoint them when given the mandate, reiterating her commitment to revitalize Adapalm, Imo Rubber Plantation Estate at Obitti Community, install electricity, as well as revamp other ailing establishments belonging to the oil rich region.

While hailing Hon Emeka Ihedioha, a PDP governorship aspirant for working hard along side others to re build the PDP locally and nationally,  she remarked that with Ihedioha as Governor Imo State  will be better  urging Imolites to give him their full support and mandate, a mandate she stressed would make things work well for all Imo indigenes, eulogising PDP members and supporters for a successful political outing at Obiakpu, Egbema.

The Quest For Vanity

innonews - October 11, 2017 0
By Chukwudi Sopuruchi   Growing up as child till date as a full grown adult, I have garnered wealth of experiences and so convinced now that...

innonews - February 24, 2021 0
A watchdog group, Imo Awareness Coalition, IAC, has expressed concern over ugly incidents last Sunday, which led to the arrest by the...

innonews - June 3, 2018 0
* BY TONY ABBAH* The planned Local Government election in Imo State may witness some hiccups from some major political parties in the State. There are...

innonews - October 16, 2019 0
The Imo State University Alumni Association, has listed its achievements thus far in the citadel of learning, just as it unveiled...