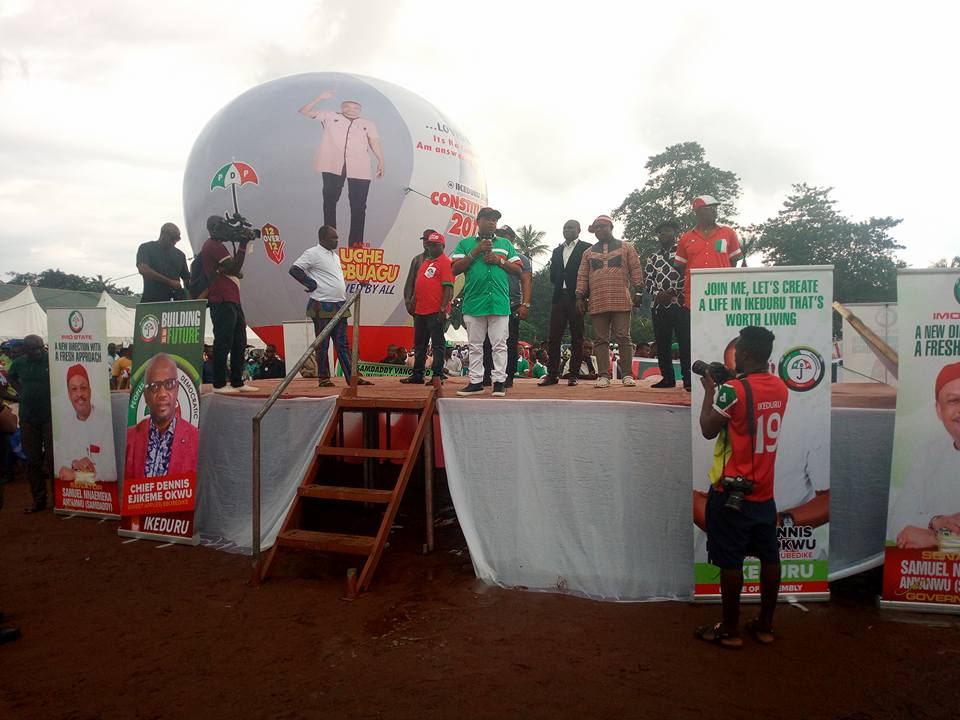 The Peoples Democratic Party, PDP in Imo State has said it will ensure that it hold free and fair primaries

State Chairman of the party, Barr. Charles Ezekwem gave the assurance when he addressed a mammoth crowd of party faithful at Ikeduru LGA in continuation of its Statewide sensitization tour.

He identified imposition of candidates as the reason behind the poor performances of the party in past elections especially the governorship elections.

He assured that such undemocratic practices will not repeat or be tolerated by the party in the coming primaries and called on aspirants in the party to work hard and convince delegates on the reason why they should be the preferred candidates.

He assured the party that the party is home and dry in Ikeduru which will manifest in a plentiful harvest in the 2019 general elections.

innonews - September 23, 2021 0
Face of Igbo Heritage Legend Awards FIHLA has been described as one great move that will change the global perception of the...

innonews - September 28, 2018 0
The Imo state police command has a new spokesperson. He is Orlando Ikeokwu,a superintendent of police. Ikokwu, took over from,Andrew Enwerem,who had commenced on a compulsory...

Ikpeazu: I Do Not Know Nnamdi Kanu’s Whereabouts

innonews - October 17, 2017 0
The whereabouts of leader of the Indigeneous People of Biafra (IPOB) remain unknown. This was disclosed by Abia State Goveror, Okezie Ikpeazu. The leader of the...