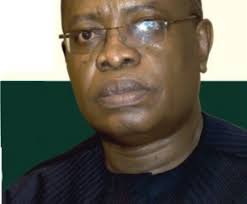 He took a swipe at Imo State Attorney General and Commissioner of Justice, Hon Miletus Nlemadim over his alleged role in the purported impeachment plaot against Eze Madumere.

Njemanze spoke  on Monday during the hearing of a suit filed by the Deputy Governor of the State, Prince Madumere, against the Chief Judge, Hon. Justice Paschal Nnadi, Speaker, Hon. Acho Ihim, members of Imo State House of Assembly, 7 Man Panel of Inquiry and others challenging the alleged constitutional breaches in the impeachment procedures against his person.

He expressed disappointment over the role played by the Attorney General who was present in court on July 30, 2018 where the presiding Judge, Justice Benjamin Iheka granted explicit order, in the morning, restraining the Chief Judge of the State, Hon. Justice Paschal Nnadi, the Speaker with other members of Imo House of Assembly and members of 7 Man Panel of Inquiry from any further action pertaining to the impeachment proceeding of Prince Madumere but was informed at about 6 hours later that the members of Imo State House of Assembly had gone ahead with the purported impeachment of the Deputy Governor over frivolous allegations.

“I am disappointed that Attorney-General, Hon. Miletus Nlemadim who should know the law and advised the House of Assembly appropriately but flagrantly allowed the House to do the wrong thing, thereby disobeying the Orders of the Court. It is very unfortunate that that he was in court and allowed such illegality.”

However, the lead Counsel to the Plaintiff, Chief Njemamze (SAN), submitted that he had served motion exparte on the respondents to appear in court to say what they know about the purported impeachment proceeding despite a subsisting court Order.

In his defense, Hon Nlemadim, prayed that some of the respondents had not received the motion summoning them to appear before the court.

It was revealed that respondents 4 to 8 were yet to have been served due to non-identification of the contact points.

Against this backdrop, Chief Njemanze prayed that the respondents in question will be served by substituted means through the Office of the Chief Judge since they are members of the 7 Man Panel constituted by the Chief Judge.

The presiding Judge, Hon. Justice Iheka however adjourned the matter to August 20, 2018 to enable all parties involved in the matter be served appropriately.

innonews - May 20, 2018 0
The Owerri Catholic Diocese is set to hold a  peaceful protest over the level of insecurity in the country. A source told this newspaper that...

PDP National Convention And The Rain Of Dollars. BY EZE AFURUKWE...

innonews - May 30, 2022 0
Nigeria’s staggering democracy is speedily tilting towards the rich taking charge of the whole electoral processes in their different political parties. Plutocracy...