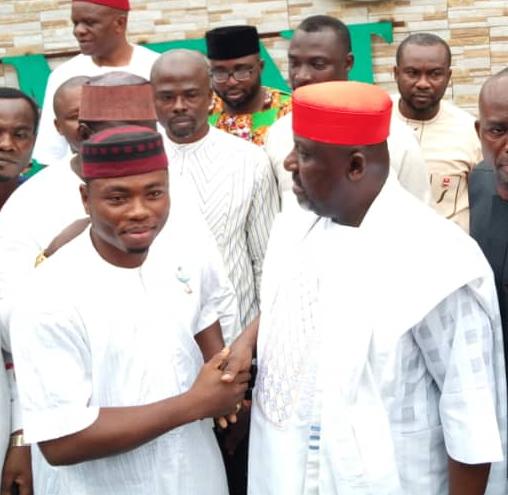 The Not Too Young To Run Act which encourage active youths involvement in governance and leadership positions is being gradually taking off in Imo State.

The bill before it was signed into law by President Muhammadu Buhari was initiated by Imo State born Hon Tony Nwulu on the floor of the House of Representatives.

The youthful Godstime vied for the position and emerged victorious as running mate to 69 year old Chief Berthran Mbah as Executive Chairman of the of the Local Government Area.

According to him, he is known for his managerial and creative skills in the field of Creative Arts, Youth and Students Activism and Development and has over the years earned Governor Rochas Okorocha’s confidence.

Peter Obi Speaks On His Nomination As Atiku’s Running Mate

innonews - January 7, 2018 0
Liverpool and Barcelona have reportedly agreed a deal that will take mercurial mid fielder, Phillipe Countinho to Nou Camp for a fee of 120...